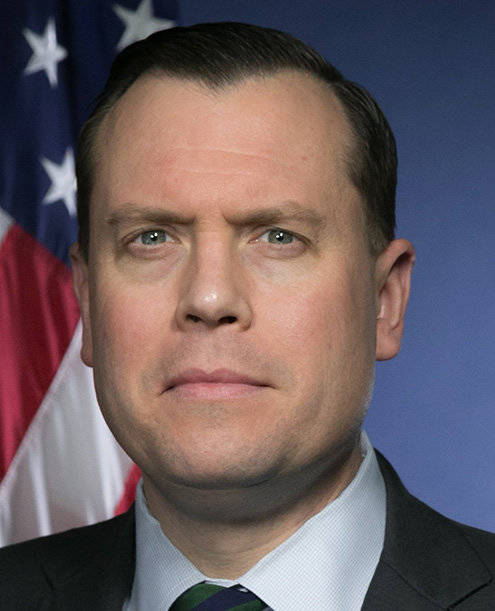 Growing up in Western Kentucky, there were some fundamentals: When the Cats played, the TV was turned down and Cawood Ledford cranked-up; I first had to learn to sit still before being allowed anywhere near a deer stand; and it was better to be on the top tier of the tobacco barn when housing. We also just expected less from our government the further you lived from Louisville or the Golden Triangle.

While I was being raised in rural Daviess and Logan counties, little did I know that our state is divided into two federal districts and that I lived in the Western District of Kentucky. Our district, which I’m blessed to serve as chief federal law enforcement officer, is comprised of 53 counties and over 2.2 million Kentuckians from Oldham & Casey Counties on the easternmost edge, to the four River Counties west of Paducah; a time zone away.

It’s a strikingly beautiful place with strong communities, a rich history, incredible food, and rock-solid people. And while talented federal law enforcement has done good work throughout, we tended to be Louisville-centric.

With its gang-driven homicide rate (88 murders and 278 shootings this year alone) and over 300 fatal drug overdoses annually, tackling this threat in urban Kentucky is certainly a righteous use of federal resources. But I am not the U.S. Attorney for Louisville (alone) and we have families in 52 other counties that are at risk too.

After President Trump named me to this post two years ago with the direction to tackle violent crime, dismantle drug trafficking organizations, and back our men and women in blue, I promised that we would be better partners, pledging to sit down with law enforcement and community leaders in each and every county of our district, to talk about the powerful federal tools and resources that we can bring to the fight. A few days ago, I completed these meetings in all 53 counties.

Three take-always from these visits along with the admonition to never ever say “from Pikeville to Paducah” when describing the size and scope of our commonwealth. The good folks in the agricultural and historical meccas of Ballard, Carlisle, Hickman, and Fulton Counties want us to know that Kentucky doesn’t fall-off at Paducah. Perhaps “Bell County to Ballard…” or “Pikeville to the Purchase.”:

1. We are well-served by Kentucky law enforcement

They are stretched disturbingly thin. We have counties without a single trooper present or officer even on duty during the darkest hours of night; counties with less than half a dozen deputies comprising the entire sheriff’s office (including the elected sheriff!) Back-up is nowhere near, even on a good day.

Competitive pay, recruitment, and retention challenges are real and growing limiting factors to public safety in our state. In the face of these challenges and a drug threat unprecedented in our history, be comforted that we are protected by the finest lawmen and women this nation has to offer.

Kentucky law enforcement is stretching itself and its limited budgets in extraordinary ways to protect our neighbors and save lives. The parochialism that once existed in law enforcement — though we must always be vigilant when it rears its head — has been overtaken by a pragmatic spirit of collaboration across jurisdictional lines.

The threats are just too big and resources of one agency going-at-it alone too constrained not to. Our families are the beneficiaries and we should express our gratitude to those who wear blue, brown, and gray at every opportunity.

2. Louisville, the source of supply

As much as we pride ourselves in Louisville being a dynamic logistical hub, our largest city is also an originator for much of the narcotics and violence plaguing families throughout the Western District of Kentucky.

In conversations with law enforcement partners in the Purchase and Pennyrile Regions, I expected push-back when discussing how tackling the bloody violence in Louisville was and is my office’s top priority. Not so. From rural sheriffs to Commonwealth’s Attorneys, to drug task forces, Kentucky law enforcement points to the source of the poison appearing in their county seats and rural jurisdictions…Derby City.

3. The drug threat unites our commonwealth

Every county of our district is unique, with Jefferson County sometimes seeming like another planet culturally with its sometimes anti-law enforcement climate, much less the integral part of our Commonwealth that it is. However; the poison that is killing our kids and destroying families — methamphetamine, heroin, and Fentanyl all originating from Mexico and all from the Cartels — doesn’t care about the urban/rural divide. The Cartels want customers, be it in Fern Creek or Fulton, West Louisville (Jefferson County) or West Louisville (Daviess County).

Parents are burying their babies, grandparents raising their grandkids, and a generation of young people are exposed to threats of overdose and addiction like no time in our history. Our response must be a united one despite any lack of consensus among Kentuckians on much less exigent matters.

You should not accept less protection from the feds the further you live from Louisville. The men and women of federal law enforcement in Kentucky, talented career-prosecutors and dedicated agents with a fire in their bellies, are committed to being better partners who are more relevant to protecting your family.

That’s why individuals, business leaders and law enforcement in each of the counties I serve deserved to see and speak with their U.S. Attorney where they live. Feds own our need to increase engagement with state and local law enforcement partners, and have and will continue take active steps to make up this deficit. I take personal responsibility for doing better by those who are raising families and living lives in all corners of our district.

This is not merely happy talk. Your United States Attorney’s Office has dramatically increased the number of federal firearm prosecutions across the district targeting violent trigger-pullers. We are unwavering in our commitment to bring justice to the unsolved murder of fallen Bardstown Police Officer Jason Ellis.

I have staffed the U.S. Attorney’s Branch Office in Paducah at its highest levels ever. The DEA has opened an office in Paducah for the first time and the FBI plans to re-open its office in the Purchase next year. ICE/Homeland Security Investigations (HSI) has staffed up 40 percent in Kentucky with real benefit to communities large and small. And I hope to announce similar good news in Bowling Green very soon.

All 53 counties of our district matter. Those we serve in those counties matter, and WE ARE being better partners. Stay tuned.

Russell Coleman is the United States Attorney for the Western District of Kentucky.