Union men’s basketball checks in at No. 21 in latest poll 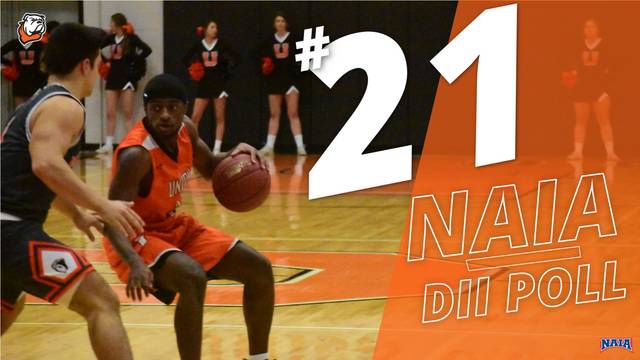 BARBOURVILLE, Ky. — Union College men’s basketball continues to maintain its presence in the NAIA Division II Men’s Basketball Coaches’ Poll, checking in at No. 21 in the rankings released by the national office on Wednesday.

The Bulldogs received 102 total voting points to land 21st, putting them five points ahead of No. 22 Bethel (Kan.) and six behind No. 20 St. Ambrose (Iowa). Union began the year ranked No. 17.

Union is 6-3 overall and 5-1 in Appalachian Athletic Conference (AAC) play. The Bulldogs are on a six-game win streak after dropping its first three games of the 2019-20 campaign.

Ronnie Carson leads the team in scoring at 20.6 points per game, while Richard Brown’s 6.7 rebounds per game are tops for the Bulldogs. Brown owns the second-best shooting percentage in the nation at 68.1, while Carson ranks 17th and 24th in total points (185) and points per game.