Fire hydrants out of service throughout Middlesboro 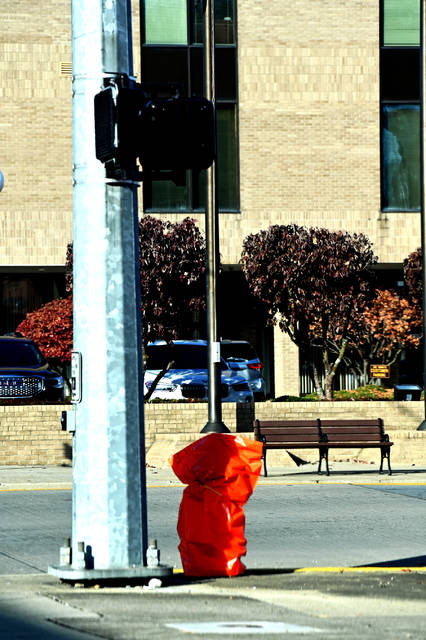 Middlesboro Fire Chief Robert England explained that some fire hydrants throughout Middlesboro are covered with orange bags to let the fire department know the hydrants are currently out of service.

If you travel throughout the city of Middlesboro, you may have noticed a few of the fire hydrants covered with orange bags. Middlesboro Fire Chief Robert England explained that there is no need to be concerned about these hydrants, and the bags are to let the fire department know which ones are operational and which ones are not.

The water company is aware that the hydrants that are covered with the orange bags are out of service.

“The goal of the water company is to get those hydrants back in service as soon as possible, whether that be with man power or service parts,” he said. “The city does not own the water infrastructure. It’s the water service corporation and that is in its entirety, from the filtration plant down to the distribution plants to the water lines. It all belongs to Water Service Corporations of Kentucky.”

According to England, speaking strictly from the fire service side of the hydrants, hydrants have been strategically placed in areas depending on the fire load, variance, the type of buildings and the specific need for it.

“Anytime you have the commercial type and downtown areas, those are the hydrants to pay attention to because one connects to the next building to the next building,” he continued to explain. “Each one of our trucks only carries so much supply line that doesn’t come from a hydrant, so we like to keep a hydrant at 800 feet.”

He said that they can stretch out further than that, but it gives them a reasonable amount of time to establish a water source.

“Our trucks carry 1,000 gallons of water source and that may sound like a lot, but if you do the math we drain the tank fairly quickly,” England said.

England encourages the community to contact the water company to encourage them to fix the hydrants.