Fans got to ‘Meet the Jackets’ on Thursday 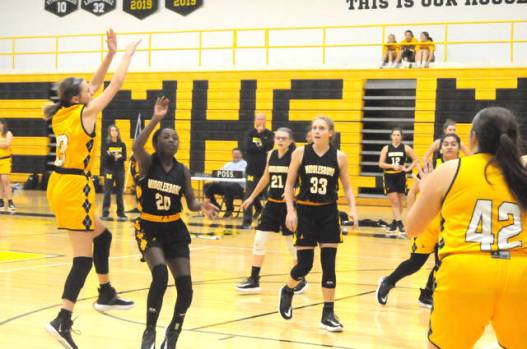 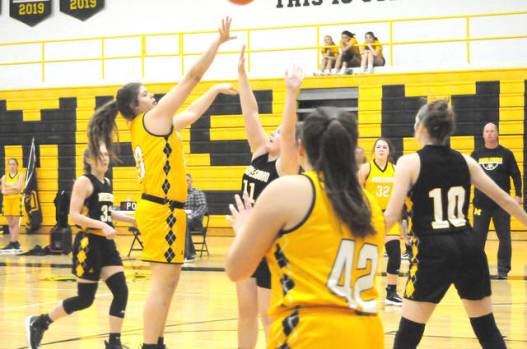 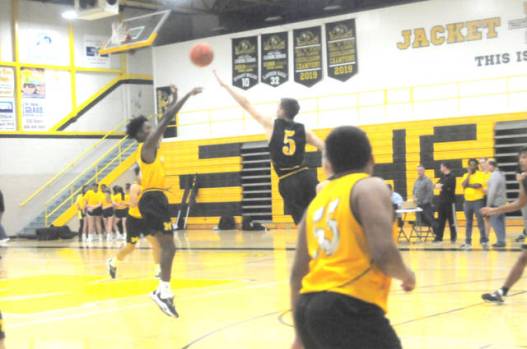 The Middlesboro Yellow Jackets gave fans a glimpse of the upcoming season on Thursday night at “Meet the Jackets.” Both the girls and boys teams ran drills and scrimmaged.

“Things like this do a lot for the team,” said Lady Jackets coach Scott Overbay. “It gives the community a chance to come out and get a glimpse of the team before the season. This is an event that the cheerleaders host, and we are happy to be a part of it.”

“The community gets to meet each individual player,” he added. “They all get introduced individually. We enjoy being able to do things like this and we enjoy having a little bit of fun with it.”

“It’s like a tip-off to the season,” said Morris. “It gives everyone a chance to come out and get an early look at the team before the season gets started. It gives us something to do on Thursday night. It’s an enjoyable thing for the community.”

There was a cake and pie auction with all proceeds going to benefit the Yellow Jackets. There was also a raffle for a Rodney Atkins autographed guitar, which was won by Middlesboro student Dylan Sparks.