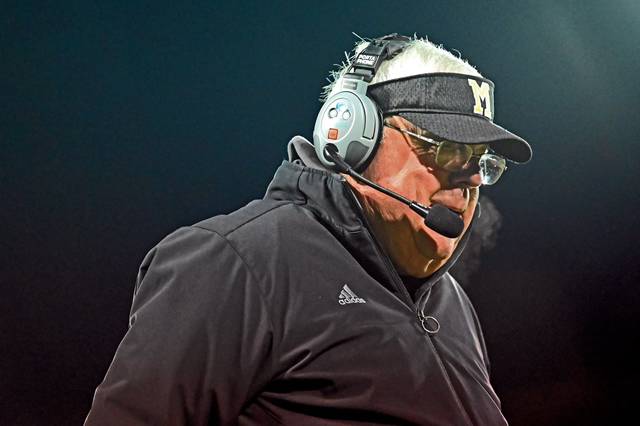 Larry French led the Yellow Jackets to an 8-4 season in his first year with the program.

The Yellow Jackets wrap up their season with an 8-4 record, the best that they have finished since 2013, when they posted a 9-3 mark for the season. Middlesboro also hosted a home playoff game this season, again, for the first time since 2013.

The Yellow Jackets finish the season with 2,832 rushing yards and 752 passing yards. (Before final playoff game stats added) They tallied big wins this year against Harlan, Lynn Camp, Leslie County and Pineville. In each of the games against Lynn Camp, Pineville and their first match up against Leslie County, Middlesboro came back and won each game by a single point.

The Yellow Jackets saw immense growth in head coach Larry French’s first season, as well as the emergence of senior wide receiver stand out Jabari Kyle. While football will always be a team sport, Kyle’s impact on the gridiron can not be ignored.

According to KHSAA, Kyle ranks fourth state wide (1A-6A) in scoring with 196 points scored. (Final playoff game not factored). He sits second in 2A in scoring, behind only Shelby Valley’s Dalton Meade.

Now Kyle, Caleb Bogonko, Eric Helton, Jay West and Zach Tong will prepare for battle on the hardwood as Middlesboro opens the 2020 basketball season against the Thomas Walker Pioneers on Dec. 3 at home. Tip-off is set for 7:30.