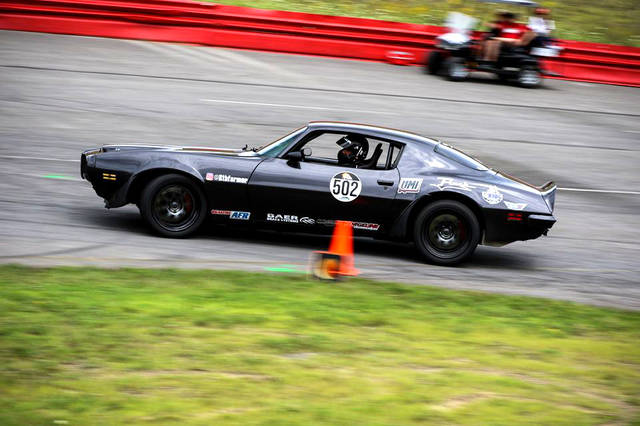 Brent Pursifull takes to the course during the UMI King of the Mountain event. The dentist from Middlesboro will be a part of the Global Auto Salon in Riyadh, Saudi Arabia beginning Nov. 21.

The past couple of years have been interesting for Middlesboro dentist Brent Pursifull. After landing a spot on the Netflix series “Hyperdrive,” which debuted in September, Pursifull will now take his talents international. He will be part of the Global Auto Salon in Riyadh, Saudi Arabia beginning Nov. 21.

“It’s pretty cool for a small town dentist from Middlesboro, Ky. to be involved in something that’s turned out to be this big,” said Pursifull. “It gives me another sense of pride. I’m proud to be a part of it.”

The first-year event is a result of Saudi Arabia’s attempt to find a secondary industry to oil. According to Pursifull, the event is expected to be similar to the show put on by SEMA (Specialty Equipment Market Association) in Las Vegas each year.

“They needed…Pro-Touring cars, which my car fits the bill of. One of the main promoters in the United States called me and asked if I’d be willing to go over and do the show,” said Pursifull.

The event, which is all-expenses paid for Pursifull, is expected to net close to 300,000 people. There will be several car manufactures and retail manufactures from across the world on-site. Multiple celebrities have also been announced for the event including Richard Rawlings from Fast N’ Loud, Ryan Friedlinghaus of West Coast Customs, WCW/WWE superstar Bill Goldberg and several others.

“When Saudi Arabia decides to do something, they go big,” said Pursifull. “It’s pretty cool. When I got the phone call…three or four months ago, they were still in the planning stages. I had no idea what we were getting invited to.”

The Pro-Touring finals will be done under the lights on Nov. 26. Pursifull, who has one of only 20 teams in the Pro-Touring circuit at the event, will be racing for a $25,000 grand prize.

Pursifull said having a good rapport with most of the racing community helped him gain the opportunity to participate in the event.

“The car community is really a tight-knit group of people,” said Pursifull. “We really were fortunate when we got involved in this sport six years ago to really have some good connections. It’s just been a pretty cool ride these last few years.”

As far as what Pursifull hopes to gain from the trip, he said he would like to continue growing more friendships and help his sponsors get a little more recognition.