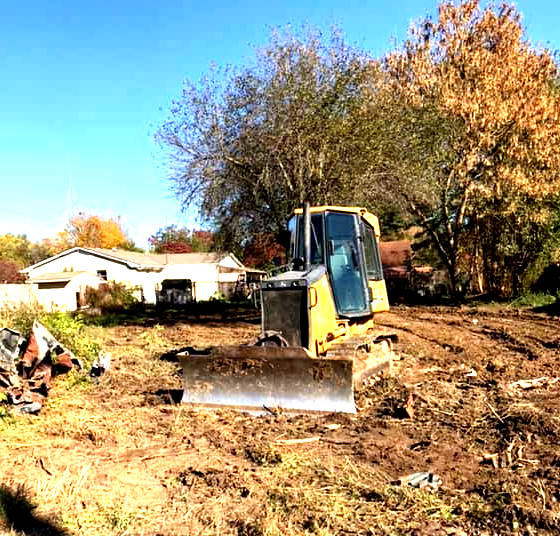 The Middlesboro Codes Enforcement Board is continuing to work through land and homes that are in violation to city codes. Currently, there are approximately 15 homes that are on the list to be demolished.

It was a year ago when the Edgewood Apartments were sold on the courthouse steps. Codes Enforcement Officer Tim Kelley recently talked about the process that is currently taking place with the apartments.

He said that the property was once sold through an online auction and that didn’t work out because the person that got the winning bid backed out of the deal after he won the bid.

“So, then it was ordered again to be sold on the courthouse steps, and now we have another new owner who has asked for additional time right now,” he continued to explain of the Edgewood Apartments. “He is contemplating demolishing the building with six apartments and making a parking lot so tenants would not have to park on Edgewood.”

Kelley explained that the new owner is looking into those options and the board is trying to work with him. He continued to explain that the order against the old owner wouldn’t hold any weight and the board would have to start the enforcement process all over again.

“If we don’t get something out of the new owner pretty quick, we will have to start the order all over again,” Kelley said.

The apartments were sold in late 2018, and Kelley was told by the new owner that the old owner had six months to pay off whatever claims they have against the building and they can recapture those finances.

“So, for the first six months of that time we were in limbo. Now, we have free reign. I’ve been in touch with the new owner, and we are trying to work with him and trying to get some things done,” he explained of the current process.

“We get asked by a lot of people about these processes because people think that we can just call Tim and they can just tear the house down in one day,” Middlesboro Mayor Rick Nelson interjected. “But you have to be careful in order to get those liens on them. We are hoping people are going to pay us some money.”

“We really don’t want to tear them down,” Kelley replied. “What we really want is voluntary compliance. We would love to go the first day when we talk to them and have them fix it. That is what we are striving for and we would love for that to happen, but it doesn’t happen very often.”

“In regard to the ones we are tearing down, it would be our intention to get our attorney eventually involved and if we don’t get some money to then take a group of them to court and get a judgement,” Nelson said.

According to both Nelson and Kelley, the ordinance does say that the owners can be held personally liable for any expenses that are incurred by the city to cover our expenses.