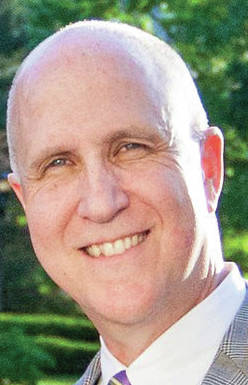 Editor’s note: Over the past 15 years the problems with public pensions, in general, and Kentucky’s public pensions systems, specifically, have become widely known. This three-part series attempts to help everyday Kentuckians better understand how we got here, where we are and, finally, what may be ahead and why it matters.

Kentucky has a number of public (taxpayer-funded) pension systems for its various public sector employees.

These plans were established as “defined benefit” plans, meaning the employer promises employees a predictable level of benefits in retirement based on their age when they retire, how many years they worked, their highest salary averaged over a number of years and a handful of other factors. In all defined benefit plans the financial risk for the plan rests on the employer which, with public employers, puts the ultimate risk on taxpayers.

Defined benefit plans are considered financially healthy when their projected assets (funds) equal or exceed their promised benefits (liabilities). However, when the promised benefits (liabilities) exceed the projected assets (funds calculated to be available in the future to pay benefits) the plan is determined to have unfunded liabilities and be unhealthy. The larger the unfunded liabilities the less healthy the plan.

How did they get so unhealthy? There are lots of factors.

Some of them include overly optimistic assumptions when the plans were established, inaccurate assumptions when benefits were added or enhanced along the way, failure of the state to make their full annual payments to KERS for almost two decades, 10 years of historically low interest rates, conservative investment strategies in the early years, decreasing numbers of active employees over the past 15 years, the state’s inability to come up with anywhere near the estimated (conservatively) $30 to $40 billion necessary to make the systems healthy and the unwillingness of public employee groups to make reasonable concessions in current benefit levels as the unfunded liabilities grew. Add to this changing political dynamics in Frankfort and continuing uncertain economic times and any Kentuckian can see how we got here.

Coming next: Where we are now.

Brian J. Crall, of Nicholasville, represented the 13th District in the Kentucky House of Representatives from 1995-2004. He was deputy secretary of the Governor’s Executive Cabinet from 2004-2006, secretary of personnel, Kentucky Personnel Cabinet from 2006-2007, a board member of Kentucky Retirement Systems and the Kentucky Deferred Compensation Board in 2006-2007 and chairman of the Governor’s Blue Ribbon Commission on Public Employee Pensions in 2007.

Social media sites need to do more to fight…