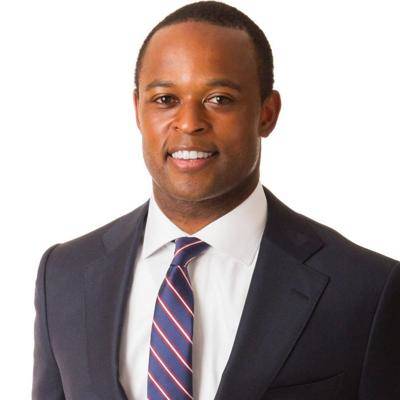 LOUISVILLE, Ky. (AP) — Republican Daniel Cameron made history in a resounding win in the race for Kentucky attorney general, becoming the first African American in state history to win the office.

Cameron, who enjoyed backing from Senate Majority Leader Mitch McConnell and President Donald Trump, will be the first Republican in 70 years to be the state’s top prosecutor when he takes office.

Cameron defeated Democrat Greg Stumbo, who served as attorney general from 2004 to 2008 and is also a former speaker of the Kentucky House of Representatives. Cameron beat back challenges from Stumbo about his lack of experience and a lawsuit from a Louisville man who alleged Cameron didn’t have enough of a resume to run for the office.

Cameron, a former University of Louisville football player, worked as McConnell’s general counsel and helped pushed through the nomination of U.S. Supreme Court Justice Neil Gorsuch. He has proposed opening satellite attorney general offices outside of Frankfort and partnering with federal agencies to fight drug trafficking in the state.

Cameron thanked McConnell Tuesday night, saying the senator “changed the trajectory of my life” by urging him to run for attorney general.

Cameron joined Kentucky Gov. Matt Bevin and McConnell on stage on the eve of the election as Trump visited Lexington. Trump said of Cameron, “a star is born.” Cameron spoke briefly on stage, pledging to make sure Kentucky is “never a sanctuary state.”

Cameron ran a barrage of negative ads aimed at Stumbo’s long history in politics, and Cameron enjoyed a steep fundraising advantage. He raised $836,541 for his campaign as of Oct. 21 to Stumbo’s $559,451 fundraising haul.

In a concession speech Tuesday night, Stumbo urged the state General Assembly to legalize marijuana use for medicinal purposes, a centerpiece of his campaign. Cameron has said he is open to having a discussion about the drug’s medical uses.

A judge in Louisville sided with Cameron in the lawsuit challenging his experience, ruling that Cameron’s years as a federal law clerk counted toward the constitution’s eight-year requirement of being a practicing attorney. Stumbo said he had nothing to do with the lawsuit.

The job as Kentucky’s top prosecutor was left open by Andy Beshear, a Democrat, who skipped a bid for a second term to run for governor against Republican incumbent Matt Bevin.

Bell man arrested for failing to appear on felony…