Kirby accused of stealing $38,000 worth of equipment 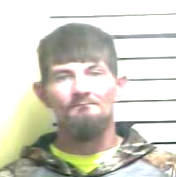 A Pineville man was arrested early Tuesday morning after police say he stole approximately $38,000 worth of equipment. Thomas Kirby, 40, of Pineville, was arrested by officers with the Middlesboro Police Department and charged with theft by unlawful taking ($10,000 or more but under $1 million).

The citation does not state where the tools were stolen from.

King was taken to the Bell County Detention Center and is being held on a $10,000 cash bond, according to the detention center website.

Also arrested recently was Jerome Baker, 56, of Frakes. Baker was arrested by officers with the Bell County Sheriff’s Office and charged with first-degree criminal mischief.