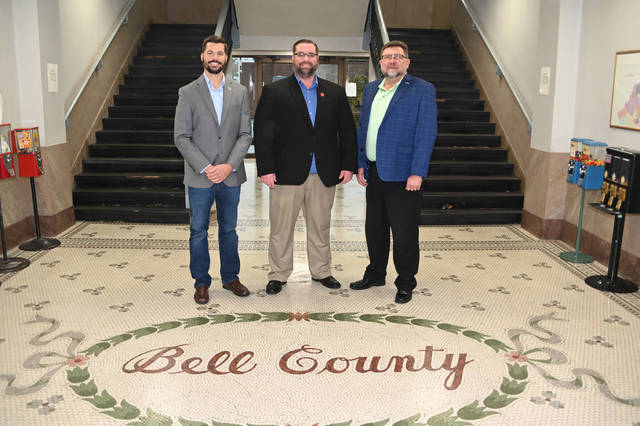 There will be resurfacing and patching repairs made to 72 county roads in Bell County thanks to $582,000 in discretionary funds. The announcement was made Thursday at old Bell County Courthouse.

“This is tremendous. I mean we’ve got 400 miles of county road and for the Governor to designate Bell County, I mean, he could spend this money anywhere in the state. That’s why it’s discretionary. It’s at his discretion,” Bell County Judge-Executive Albey Brock said. “We are so thankful that he recognizes the needs of southeastern Kentucky.”

Projects submitted to the Department of Rural and Municipal Aid for discretionary fund consideration were evaluated by the KYTC district staff to assess the condition of roads and determine the most critical needs based on factors such as safety, economic impact and traffic volumes.

“I know that counties have applied for discretionary funding prior to this administration,” Tomblyn explained. “Discretionary funding wasn’t open to towns but, as we’ve seen in Pineville and Middlesboro, we’ve worked with them on some projects and they send in applications. We send those applications up to the district office.”

Those applications are then evaluated and placed on a scale.

“Then that’s evaluated on a scale of one to 10 and 10 being your worst projects or your worst conditioned projects,” Tomblyn said. “So, you really want to focus on the worst projects throughout the state that meet the most need.”

Brock explained that crews go out and assess the conditions of the county roads.

“They do that regularly and keep a running list and try to always prioritize the worst first,” Brock said. “We submit those to the Department of Transportation, and the Rural Secondary Road Commission has the transportation staff come out and make sure what we’ve sent up is legitimate and that these are legitimate county roads and are in need of repair.”

“Roads are a tremendous commodity in our district, and I appreciate the Governor appropriating these funds in Eastern Kentucky for the safety of our citizens,” said Sen. Brandon Smith.

“I want to thank Rep. Adam Bowling and Commissioner Tomblyn for their hard work and efforts in helping make this badly needed funding opportunity happen,” said Brock. “But most importantly, I want to express my gratitude and thanks to Gov. Bevin. By choosing to award these funds to Bell County. Gov. Bevin is proving yet again that he truly understands the needs of local governments and the people of southeastern Kentucky.”

The funding will allow for 13 miles of roadway improvements to 72 county roads that provide access to 476 homes and 10 businesses.

“I’m very thankful to Gov. Bevin for recognizing the need to improve our rural infrastructure and appreciate this investment in Bell County’s roads,” said Bowling. “I also want to thank the Bell County Fiscal Court and Judge Brock for their work in highlighting these projects. This resurfacing will make our county roads smoother and safer and is just the sort of investment that state government should be making with our citizen’s tax dollars.”