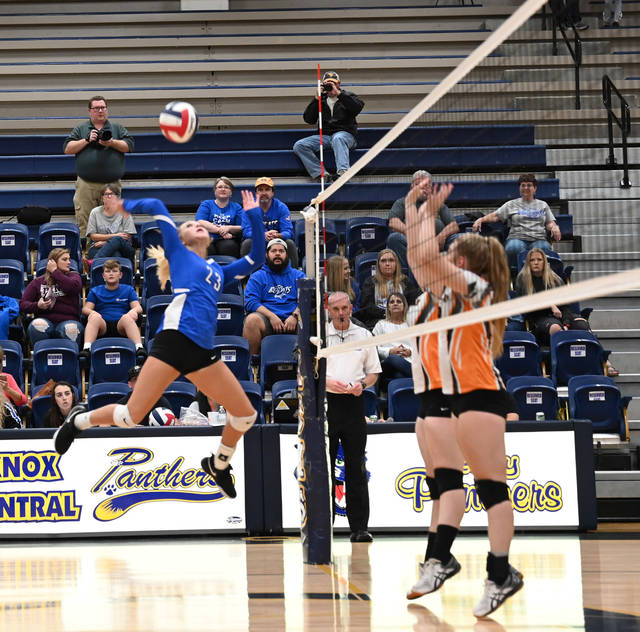 MaKenna LeFevers connects on a shot against Lynn Camp. The Lady Wildcats downed the Lady Cats in four sets to advance to the second round of the 13th Region tournament.

After claiming the 52nd District title last week and advancing to the 13th Region tournament, held at Knox Central High School, the Bell County Lady Cats saw their season come to an end at the hands of the Lynn Camp Wildcats.

Lynn Camp claimed the first two sets of the match 25-18 and 25-20 before Bell County was able to grab their first and only set of the match at 25-19. The Lady Wildcats closed the match behind a 25-17 set, allowing them to advance to the second round of the tournament.

The Lady Cats end their season with 15-13 overall record, including a 12-11 mark in region play and a 6-2 mark in district play for the season.

The Lady Cats will return all but three players from their roster this season. Kierstyn Parks, Smith and Reese will all graduate in the spring. 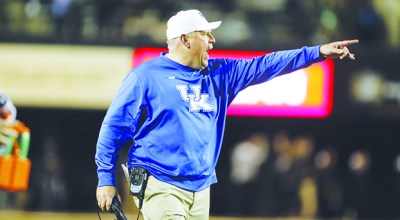 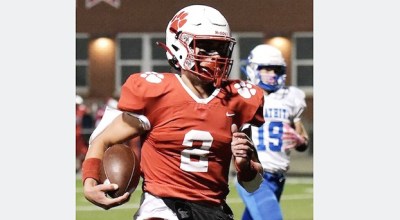