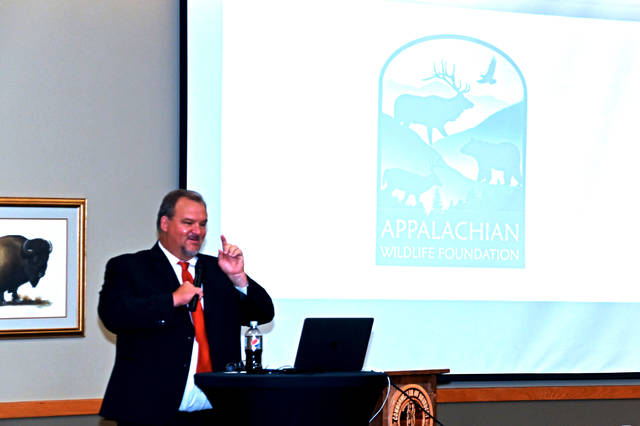 Originally planned to narrowly focus on the regions’ wildlife, the project has grown into a multi- dimensional, family-friendly drive-tourism destination expected to attract in excess of 850,000 visitors annually. Now in the construction phase, the venue will be introduced to the public as Boone’s Ridge — which presents a brighter brand and broader vision for the project and the region.

Boone’s Ridge is located on 12,000 acres that are home to abundant wildlife and magnificent landscapes. Visitors will find miles of trails, several museums, a theater, a zoo, a restaurant, an artisans’ exhibit hall, a gift shop, bird observatories, a petting zoo and much more.

“Re-branding has been part of the strategic plan for several years,” says Appalachian Wildlife Foundation COO Frank Allen. “After extensive research and response testing, we chose Boone’s Ridge. Daniel Boone remains a popular American historical figure, and he left a rich historical legacy in the region. We intend to harness that popularity and legacy.”

Boone’s Ridge will open in the summer of 2021. It will attract over 850,000 visitors a year, result in the creation of over 2,900 new jobs and generate over $174 million in annual regional spending.

The Appalachian Wildlife Foundation is a Corbin, Kentucky based nonprofit 501 (c) (3) organization.