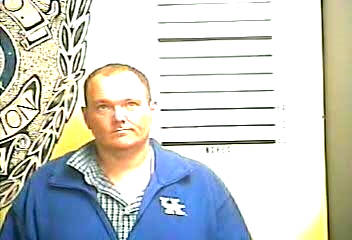 According to the report, Middlesboro Police Officer Jeremiah Johnson made a traffic stop at Bellwood Road and North 25th Street. During the stop, Johnson was assisted by officer Dakota Torstrick.

After speaking to the driver, Johnson noted that Simpson was acting nervous. As a result of a search, Johnson felt what allegedly turned out to be a bag of methamphetamine that weighed 162.5 grams.

The report continued to say that the bag fell out of Simpson’s pant leg as he began pulling away from Johnson, and he kicked it under the vehicle in plain view.

Also found in Simpson’s possession was a digital scale, a bag of syringes and a loaded weapon.

Once at the Middlesboro Police Department, Simpson was warned by Johnson of promoting contraband and Simpson stated that he did not have anything illegal. During a more thorough search, Johnson discovered more drugs.

The driver was given a warning and was released from the scene.