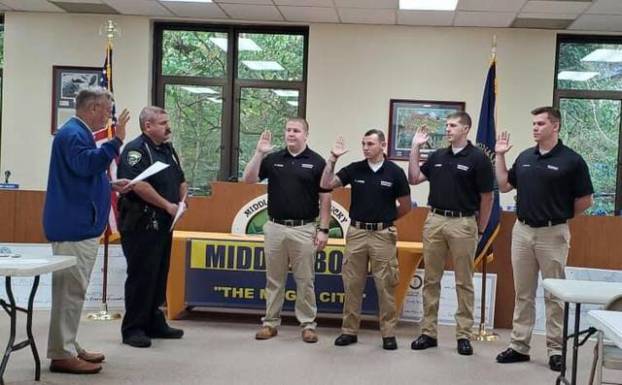 Friday morning at City Hall, Middlesboro Mayor Rick Nelson had the privilege of swearing in four new police officers for the city of Middlesboro. Those four officers will now head off to Richmond for their mandatory police training.

Nelson invites the community to join them this coming Thursday at 6 p.m. in City Hall Council Chambers to celebrate the promotion of six police officers. Those include:

“We also plan to have a ceremony for the Middlesboro Fire Department in the coming weeks, and we will keep the community posted on that date,” Nelson said.

The community is invited and encouraged to come out and celebrate the promotions of these officers to the Middlesboro Police Department.