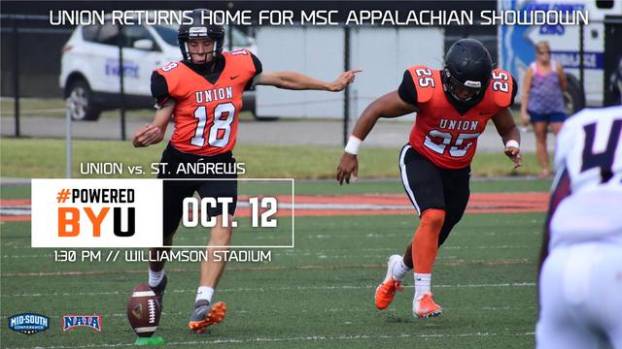 St. Andrews is coming off a 55-7 MSC Appalachian when over Cincinnati Christian University (Ohio). The Knights had six rushing touchdowns in the win with Trevor McNeil leading the way with 114 yards rushing and two scores.

St. Andrews averages 204.8 yards rushing per game, and the Knights have four players with over 100 yards rushing on the year. Dashaun Ferguson leads the way with 176 yards and three touchdowns, while McNeil has 168 yards and five scores.

The Knights have thrown for only 734 yards and five touchdowns with five interceptions.

Defensively, Andy Austin leads the way with 35 tackles and two interceptions. Monte Williams and Anthony Brooks each have 33 total stops with Williams collecting 3.5 tackles for a loss.

Kendrick Furness has thrown for 862 yards and six touchdowns on 77-of-164 passing.

Earl Wells continues to be the team’s leading receiver with 27 catches for 410 yards and six scores.

Jay Brown is the Bulldogs’ top tackler with 48, while Cohen Perry is next with 36.