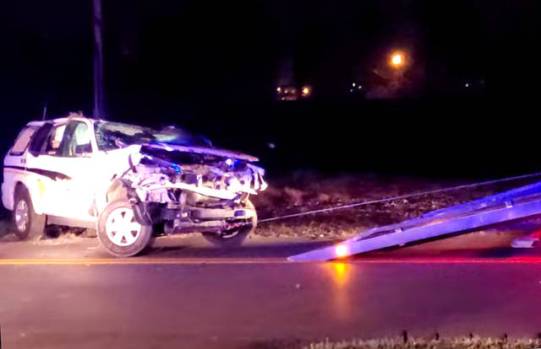 <p>Photo by Brian O’Brien | The Big One 106.3</p> <p>Pictured is Lt. Floyd Patterson’s cruiser following the wreck on KY 441. He was taken to Middlesboro ARH and released hours later with minor injuries.</p> 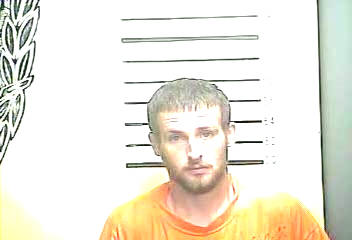 A Tazewell, Tenn. man remains behind bars Tuesday following a pursuit by the Middlesboro Police Department that ended when a lieutenant wrecked his cruiser and had to be taken to the hospital.

Lt. Floyd Patterson was traveling west on KY 441 to assist the officers in the pursuit.

According to a witness traveling behind Patterson, a bicyclist rode out into the roadway directly into the path of Patterson. He then swerved his cruiser to avoid hitting the bicyclist and lost control. The cruiser struck a guidewire and electric pole on the opposite side of the roadway causing the vehicle to flip. The witness stated that the bicyclist left the scene.

The pursuit of the Ford Ranger was stopped immediately and officers diverted to assist Patterson.

Patterson was transported to Middlesboro ARH for treatment. He was released several hours later with minor injuries.

Officers did determine the identity of the driver to be 29-year-old Shane Evans.

Evans is currently charged with driving under the influence, first-degree possession of a controlled substance (methamphetamine), possession of drug paraphernalia, reckless driving, and being a fugitive from justice out of Virginia.

“I would like to personally thank the community, Middlesboro Fire and EMS, and Middlesboro ARH for the tremendous amount of support and assistance that was extended to the department and particularly Lt. Patterson and his family,” Acting Chief of Police Tom Busic said.

Evans was transported to the Bell County Detention Center and will face further charges from the pursuit Monday night.