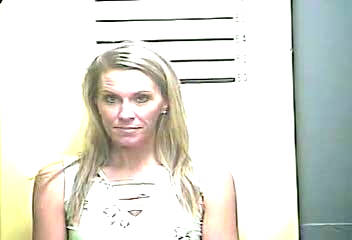 A Middlesboro woman remains in the Bell County Detention Center on both federal and local charges.

An investigation by the Bell County Sheriff’s Office revealed Metcalf had outstanding warrants and Bell County Deputy Edward Dray along with Chief Deputy Doug Jordan located her in a parking lot in the area of U.S. 119 and U.S. 25E in Pineville.

When the deputies made contact with Metcalf, she was immediately arrested but requested to go to the restroom. According to a press release from the sheriff’s office, Metcalf’s behavior led Dray to believe that she might be in possession of dangerous contraband.

Dray explained to Metcalf that additional felony charges would be incurred if she failed to turn over any dangerous contraband.

During transport she told the deputies that she had “Gabapentin and Xanax.”

She was also served the federal warrant and a probation violation warrant.

Metcalf remains in jail and is being held with no bond.

Special to the Daily News The Morehead State University Foundation has announced the establishment of the Captain Bruce D. Rutherford... read more