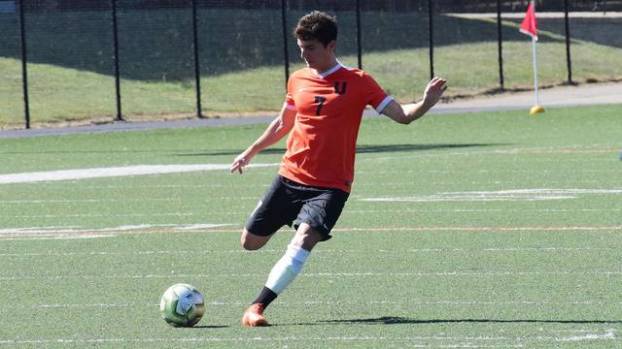 Giovani Batista scored the winning goal for the Bulldogs with 1:30 left in the second overtime period; his first goal of the season.

MILLIGAN COLLEGE, Tenn. — Milligan College’s (Tenn.) early lead was no match for the Union College offense, as the Bulldogs rallied for a 2-1, double-overtime decision on Wednesday.

Giovani Batista scored the winning goal for the Bulldogs with 1:30 left in the second overtime period; his first goal of the season.

Union punched a score in late in the first half to pull even with the Buffaloes, who took an early lead on an own goal. Edson Bangali scored in the 36th minute off of a penalty kick.

“Today was a great win for us against a talented Milligan team. We hope to use this momentum in our next conference game,” said head coach Jonathan Shaw. “It was great to see Giovani get the winning goal. We are hoping it leads to more goals for him. Our team captain, Matteo Lambertoni, led by example and put in his best performance we have seen from him to help us get the win.”

Union travels back home to Barbourville to host St. Andrews University (N.C.) on Saturday. Kickoff is scheduled for 2 p.m.