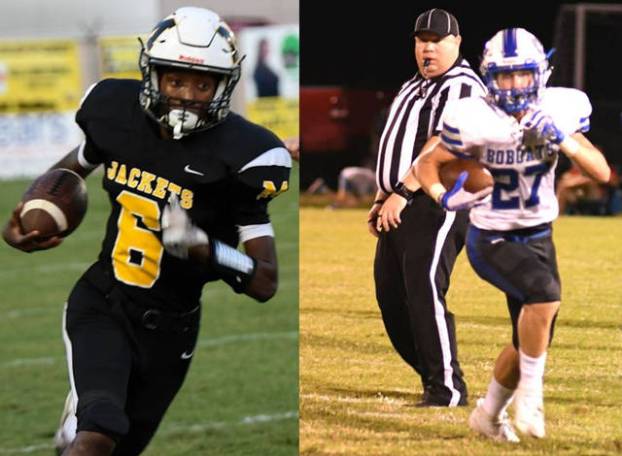 Middlesboro was ranked seventh in Class 2A in the first RPI rankings. Bell County sits atop Class 3A, while Pineville was placed 15th in Class A.

Rated Power Index (or RPI as many of us know it by) is nothing new in sports. When college basketball season rolls around it becomes part of our everyday life. For those who enjoy high school football in Kentucky, it’s going to become much more. Earlier this year, KHSAA announced they were going to use RPI to help seed teams in the playoffs starting in the third round. The first set of rankings came out on Monday.

Bell County sits at the top of Class 3A, followed by Paducah Tilghman in second and Bardstown in third. The Bobcats are 3-0 on the year with its closest game coming against Knox Central in week two (22-8). Outside of that game, Bell has defeated Collins 37-14 and South Laurel 80-40. Their opponents have a combined record of 4-9.

Middlesboro ranks seventh in Class 2A after starting the season 3-1. The Jackets opened the year with a 34-32 victory over Garrard County before dropping a 55-28 loss to Williamsburg. They followed the defeat up with back-to-back wins against Lynn Camp (28-27) and Harlan (42-6). Their opponents have a combined record of 6-7.

Sitting atop Class 2A is former Middlesboro district opponent Somerset followed by Newport in second and Mayfield in third.

While not making an appearance in the top 10 in their class, a much improved Pineville team sits 15th in Class A. The Mountain Lions have started the season off 4-0 for the first time since 2010, a year where they went 7-3 in the regular season before losing in the second round of the playoffs to Hazard.

Pineville holds victories over McCreary Central, Knott County Central, Paris and East Ridge — who are a combined 1-13. The Lions are averaging 40.75 points per game while surrendering just 12.5 points. Coming at no surprise, Pikeville sits atop Class A with Paintsville and Kentucky Country Day following. Williamsburg and Raceland round out the top five.

“The RPI will be an exciting development, especially given the fact that it will be totally transparent. It does not reward teams for higher point margins, instead rewarding teams that play a tougher schedule, and will not be some group of people interjecting opinions and thoughts with potential unchecked bias. The objectivity of the RPI will be a great feature,” said KHSAA Commissioner Julian Tackett about the RPI system.

Bell County will travel to Whitley County (2-1) on Friday, while Pineville and Middlesboro square off in an in-county match-up.