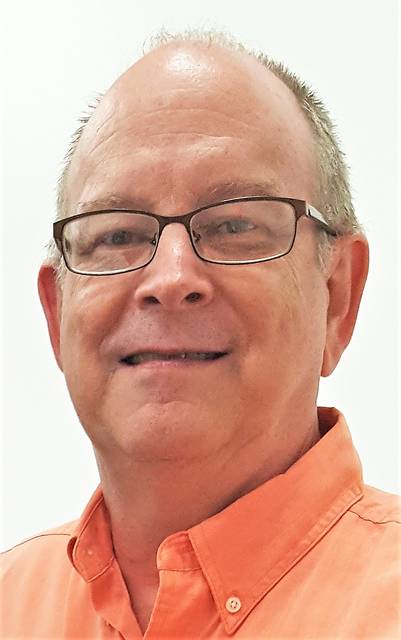 The Wildcats led by Smith, Stoops.

While it was heartbreaking to see quarterback Terry Wilson’s season-ending injury during Kentucky’s win over Eastern Michigan last weekend, I still think the Wildcats will be okay this season with backup QB Sawyer Smith, a graduate transfer from Troy who started the last seven games of the 2018 campaign, helping his team to a Dollar General Bowl victory and earning bowl MVP honors.

Before the 2019 campaign began, I had predicted the Wildcats, now 2-0, would finish with an 8-4 mark with a postseason bowl trip. Even without Wilson, UK should be fine, but it likely won’t win eight games. Now, I look for the Cats to go 7-5, which is still pretty good.

Although Smith already has some valuable NCAA Division I game experience, there will be some growing pains as the UK offense, including the QB will be adjusting while battling against SEC competition in the next eight games. Kentucky’s first “real” test against the league begins Saturday night as Coach Dan Mullen’s No. 9 Florida club visits Kroger Field (7 p.m., ESPN).

While a healthy “Terry Touchdown” can scramble all over the field, Smith can add some wrinkles to offense with his long accurate passes.

“There’s a strength and a weakness with every player, and we feel like Sawyer does certain things better than others,” said Kentucky coach Mark Stoops earlier this week. “We’ll build on those and I’m not going to sit here and tell you the game plan (laughter). Sawyer’s a good football player. He’s accurate. He throws the ball accurately down the field. And he’s played a lot of football.”

Stoops added Smith, who has two years of college eligibility left, will definitely improve with extra reps at practice. At J.M. Tate High School in Cantonment, Fla., Smith graduated as the No. 33 ranked dual-threat QB, according to 247 Sports, and the No. 36 QB by ESPN.

“He’s a smart young man, obviously graduated college in three years. So he’s smart and he picks things up,” said Stoops. “And he’s instinctual. He just needs some reps.”

On Smith’s personality, Stoops said, “He’s not a laid-back guy when he gets on the field. He’s a polite young man that’s very likeable. Our team likes him, and he handles himself the right way. It’s hard sometimes when you step into a program, and you know, he hasn’t been around the guys. He had to finish up summer school (in July when he graduated with a degree in social science at Troy). So he got here late and plugged in, and he’s handled himself the right way, and he works hard on the field and picks things up quickly. Guys have confidence in him.

“But when he gets out there, he’s a competitor and he’s going to compete and he’s here for this reason. He knew he was coming into a backup role, but this (injury situation) could happen. Again, he’s been through it. He’s had to step in and compete at Troy.”

Smith said he selected UK “because it was a good fit and a good opportunity to play in the SEC.”

Smith — who was offered a baseball scholarship by a rival SEC school as a freshman in high school — has commented he would like to coach after his football career.

If you are a Wildcat football fan, you probably would know Mark Stoops has a famous brother who has had a very productive coaching career.

As you may recall, his older brother, Bob Stoops, retired from University of Oklahoma nearly three months before the 2017 campaign after 18 successful years at the Sooner helm. A former defensive coordinator at Florida under legendary Steve Spurrier, Stoops is the winningest coach in OU football history with a record of 190-48, including 10 Big 12 conference titles and 2000 national championship.

And now Bob Stoops, who grew up in blue-collar Youngstown, Ohio, has a new book, titled “No Excuses: The Making of a Head Coach” (Little, Brown and Company, $30). The volume, co-written with ESPN’s Gene Wojciechowski, is a very good, enjoyable read. And the 307-page hardcover, which was released on Tuesday, contains several tidbits about Mark Stoops, including current Alabama coach Nick Saban who once recruited Mark while at Michigan State as an assistant during the mid-1980s.

As it turned out, future Wildcat mentor played in the secondary at the University of Iowa for Hall of Fame coach Hayden Fry, participating in four bowl games as a player. And Mark Stoops stayed on as a graduate assistant at Iowa to begin his coaching career.

The book also covers many other topics, including Bob Stoops’ early days as the feisty problem child in the very active Stoops household, his friendships with Spurrier and boxing legend Ray “Boom Boom” Mancini (who lived in Youngstown), the controversy surrounding Joe Mixon after the assault on a woman in Norman, Okla., among others. Stoops also discusses the premature death of his father after a massive heart attack on the sidelines while coaching a high school game.

Stoops said he didn’t have a lot of team rules, but he expected his players to live up to it. For instance, after a late afternoon practice, preparing for postseason bowl action in Miami, the players had made a huge mess in the dining room area after eating steak dinners. When Coach Stoops saw the mess, he unhappily directed the players to go back and clean up the place.

As I pointed out earlier, it’s a pleasant read about a football coach who opened up about his storied career.

Jamie H. Vaught, a longtime columnist in Kentucky, is the author of four books about UK basketball. He is the editor of KySportsStyle.com magazine and a professor at Southeast Kentucky Community and Technical College in Middlesboro. You can follow him on Twitter @KySportsStyle or reach him via e-mail at KySportsStyle@gmail.com.