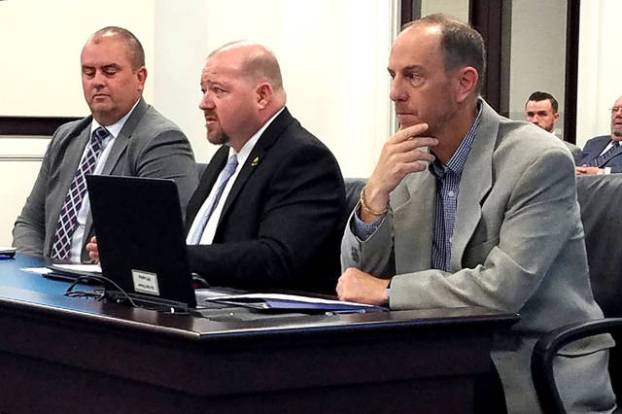 FRANKFORT, Ky. (KT) – Lawmakers are considering drafting legislation that would change the mandated 5 percent raise for state workers to a cost of living adjustment tied to the consumer price index.

The reason? Because they learned state workers haven’t received the 5 percent raise since 2001, according to President T.J. Gilpin of the Kentucky Transportation Employees Associations, who testified before the Budget Review Subcommittee on General Government, Finance, Personnel and Public Retirement on Tuesday.

“Unfortunately, the last full 5 percent implement given to all state employees was in 2001,” he said. “So, for the last 18 years, we have been unsuccessful in convincing the General Assembly to fund those annual increments.”

The testimony was compelling to the lawmakers.

Brent Sweger, a Transportation Cabinet engineer, said since the 5 percent pay raises were removed from the budget bills in 2002, spending power has dropped, using as an example of an employee making $30,000 in 2001.

Sweger said that translates into state workers having less discretionary money. “In some cases, we have to make hard choices on some of the basics in life, like housing and transportation. We even have some employees in state government who can’t make ends meet, and they have to rely on government services, such as SNAP.”

Tony McGaha, president of the Kentucky Association of Transportation Engineers, said the pay situation has led to not being able to recruit and retain skilled employees.

“We’ve lost 110 engineers over the last five years, that’s about 25 percent of our workforce,” he said. “Thirty-one of those engineers retired at their earliest possible dates to get a better job in private industry. Twenty-seven went to a different state.”

“You think about our six employees in Jessamine County,” he said. “That means we have three available for each 12-hour shift to fight snow and ice. That’s three trucks and three routes for all of Jessamine County.”

Gilpin said they realize there are more needs in state government than there is funding, including pension obligations that takes more than 14 percent of General Fund revenue.

“We hope that after today, you will support our idea of changing that current statute, from a 5 percent annual increment to a cost of living adjustment, based on the consumer price index,” which has averaged two percent over the last few years.

Rep. Joe Graviss, D-Versailles, was already trying to line up sponsors from both parties to work with him on a bill as the committee members were leaving the meeting room after the panel adjourned.

FRANKFORT — Agriculture Commissioner Ryan Quarles has proclaimed the week of Sept. 15-21 as Farm Safety and Health Week in... read more