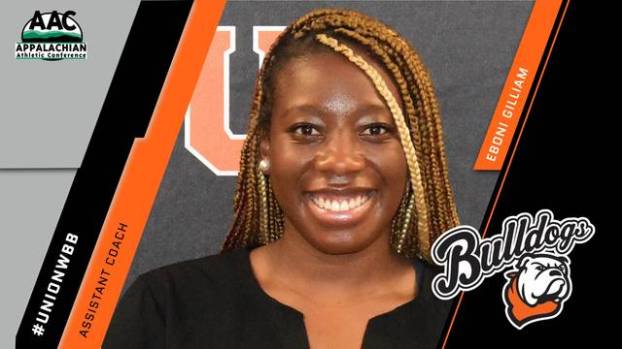 “I am excited to have Eboni join our staff,” Walsh said. “She brings a lot of energy and experience as an NCAA Division I post player as well as being a top player in the professional league she played in Barcelona, Spain. She will be a tremendous asset to me and our post players. We are extremely fortunate to have her here at Union.”

She closed out her college career at NCAA Division I Longwood University (Va.), averaging 9.0 points and 6.1 rebounds during her two seasons as a Lancer. Gilliam garnered numerous Big South Player of the Week awards and led Longwood in scoring (10.4 points per game) and rebounding (5.5 rebounds per game) during the 2016-17 season, her senior campaign.

After graduating with a degree in business administration in 2017, Gilliam pursued a professional career with Club Natacio Terressa in Barcelona, Spain. She led the team in rebounds (10.5 per game) and was second in points (13.0 per game), earning team most valuable player honors for the 2017-18 season.

Gilliam returned to the United States in 2018 to join the staff at Hampton University (Va.) as a graduate assistant. Additionally, she served as a Community Relations and Player Relation Intern for the Indiana Fever of the WNBA during the 2019 season.

The Bulldogs finished 15-15 overall last season and 12-14 in Appalachian Athletic Conference (AAC) play. Union will open the season on Nov. 1. The full schedule will be released later this week.

WINTER HAVEN, Fla. — A slow start offensively put the Union College football behind the 8-ball as it fell 42-18... read more