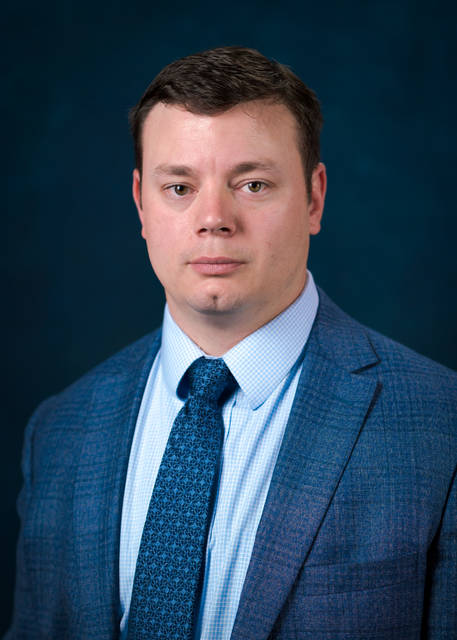 Walters State Community College has appointed Jason Wilder, of Jonesborough, to serve as its new veterans coordinator. Although based at the Morristown campus, Wilder will be traveling to all the campuses so that veterans will have easy access to him and his resources.

Wilder served as a marine for eight years and previously served as records coordinator at East Tennessee State University.

“At Walters State, serving veterans has always been a priority and I am confident that Jason will continue that tradition. His unique experience and his passion for service will make it easy for veterans to connect with him,” said Dr. Tony Miksa, president of Walters State.

Wilder holds a bachelor’s degree in social work and a master’s degree in student personnel leadership, both from East Tennessee State University. While attending ETSU, he served as a student worker in the Veteran’s Affairs Office, where he filed certifying paperwork.

“I had the chance to learn about the different chapters of the G.I. Bill and about the many resources that are available for veterans attending college,” Wilder said.

“I am new on the job, but I am eager to talk to any veterans who are thinking about college. Just come in and we’ll look at the different chapters of the G.I. Bill and see what benefits are available.”

He also encourages all veterans to complete the FAFSA and thinks many may be eligible for Tennessee Reconnect, a state grant for adult learners who have not completed a college degree.

Wilder has a very direct message for veterans who think they’re not “college material.”

“If I can do it, you can do it. I barely made it through high school. I knew I was going to enlist so I just wanted the diploma. Now, I have a bachelor’s degree and a master’s degree.

A Morristown native, Wilder joined many Americans in making the decision to serve in the Armed Forces on a pivotal day in history — 9/11. Wilder connected with a recruiter and began training for military service when he was just a sophomore in high school.

“I wanted to do something to help people. I looked at nursing and psychology. I realized that as a social worker, I would be able to start helping as soon as I graduated. I thought I might want to work with veterans battling substance abuse issues.

“After my time as a student worker, I realized that I enjoyed working in higher education. In this field, you can make such a difference for an individual and his or her family. This job at Walters State is really the best fit for me,” said Wilder.

The college is now equipping a veterans’ center in the Dr. Wade B. McCamey Student Services Building, located on the Morristown campus. Wilder plans to visit other campuses so veterans do not have to follow.

For more information on educational benefits available to veterans, contact Wilder at 423-585-6896.