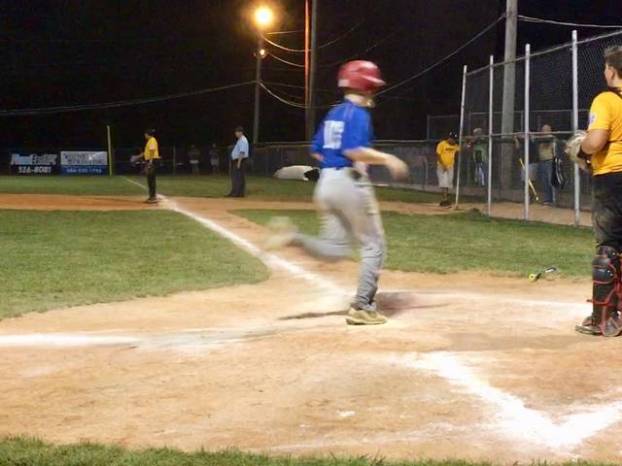 A great pitching performance by Elijah Hampton and great fielding by Pineville-Bell proved to be a winning recipe, allowing them to advance to the District 4 semifinals against North Laurel on Thursday.

“We gave it one heck of a shot,” said Middlesboro coach Brandon Allen. “Pineville-Bell is a really good team, and we wish them the best of luck moving forward. We got them the first time and they got us this time. They’ve come a long way. They’ve got some great players and they are coached very well.

“We should have done a better job of keeping our heads up and not getting down on ourselves. You’ve got to hit the ball. Hitting is contagious, and once one starts swinging the rest will follow. Good luck to Pineville-Bell moving forward.”

Pineville-Bell coach Darrin Clark was happy with his team’s performance.

“We are very proud of our team’s effort through this tournament,” said Clark. “When we saw the bracket, we knew that we would get a chance to play Middlesboro again and we had our eyes set on them.

“We are really proud of Elijah (Hampton). He was a beast from the mound tonight and pitched one heck of a game. We did a great job of putting the bat on the ball and making the routine plays necessary to secure a victory.

“We were really impressed with Middlesboro all year long. Coots can flat throw that ball. He’s got a nasty little curve ball. We are really proud of those kids just like we are our own.

“We are focused on North Laurel now. They were in the loser’s bracket just like we were. We are just going to maintain our focus and go out and play our brand of baseball.”

Pineville got things started in the top of the first when Joseph Brigman connected on an RBI, driving in Hampton and taking first on an error.

In Middlesboro’s first at-bat, Joseph Killion was able to take second and third on multiple errors by Pineville-Bell after laying a bunt down the third-base line.

Middlesboro was able to capitalize with a runner in scoring position when Malaki Coots connected on an RBI, knotting the score at 1-1.

Landon Allen then gave Middlesboro the lead at 2-1 when he drove in Jayden Simpson for an RBI and was able to take first on an error. Pineville was able to close out the half-inning by striking out the final two batters.

Pineville-Bell was able to knot the game up at 2-2 in the top of the third when Chase Widner was walked with the bases loaded, giving Pineville an unearned run.

After taking back over on offense, Middlesboro was able to regain the lead when Coots delivered a triple to right field and was driven in by Allen on an RBI double, giving Middlesboro a 3-2 advantage.

Pineville-Bell knotted the game up at three runs apiece in the top of the fourth when Blake Burnett was hit-by-pitch and was able to steal home later in the inning.

Middlesboro was unable to answer, being held scoreless in the bottom of the fourth with three batters striking out.

Pineville-Bell saw their best inning of the game in the fifth, totaling seven runs. Burchett drove in Chase Widner with a single, Hampton drove in Tristen Johnson with a single and Luke Widner drove in Burchett and Hampton with a two-RBI triple to right field.

Chase Widner drove in Holden Clark with a single and Johnson drove in Reece Arno with a single, giving Pineville-Bell an 11-3 lead heading into the bottom of the fifth inning.

Pineville-Bell added their final two runs in the top of the sixth, giving them a 13-3 lead with one more half-inning remaining in the game. Middlesboro was able to add two more runs in the final inning, losing by an eight-run margin to end their tournament run.

Pineville-Bell was slated to play North Laurel on Thursday.

Pineville-Bell 11-12s down Harlan in Corbin

The Pineville-Bell 11-12 All-Stars were in Corbin Tuesday night to take on Harlan in the opening round of the all-star... read more