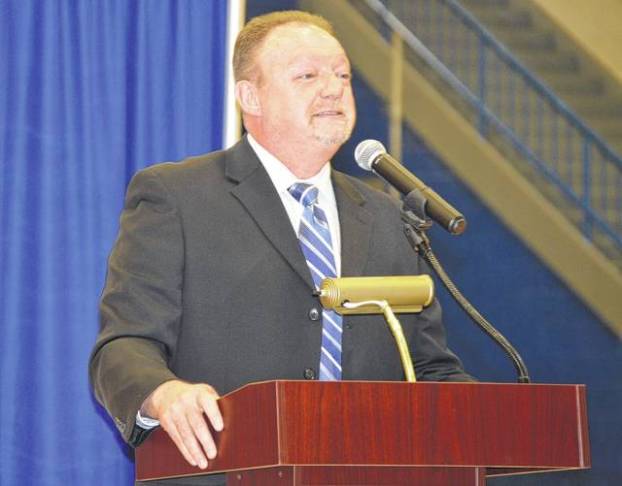 In two seasons with the Bobcats, Smith lead Bell County to a 35-23 record while going 19-20 in region play and 5-9 in district play.

“I am extremely excited for the opportunity,” said Smith. “It’s going to be a little bit of a transition, but we are looking forward to getting to work.”

“They had a tough year last year,” said Smith. “They finished 8-18 and graduated eight seniors — that’s a lot to replace. I’m just hoping that we can get acclimated quickly, adjust and get this ball rolling.”

With a student body of more than 3,000 students, Smith is looking for a diamond in the rough.

“There are just over 3,000 students here,” said Smith. “I’m hoping that I can find one or two that maybe didn’t play last year or may have had a little interest but didn’t tryout. Even though it’s a rebuilding year, that doesn’t keep me from being very excited.”

In Florida, middle school-aged basketball is done differently. Most schools don’t have teams for their school, so athletes play in various clubs, AAU and organized leagues throughout the state.

A player can also transfer schools at any point, without having to sit out for the duration of the season. Schools can “recruit” athletes to come to their school to play.

“I’m a little behind the 8-ball on this one,” said Smith. “They let you recruit players to your school down here, which is something I’ve only experienced in college ball. I missed a lot of the summer AAU ball and didn’t really get a chance to scope some of the athletes out. There’s still a little bit of time, and I feel confident that I can find some great talent.”

With his experience in college basketball, Smith hopes to entice players with the structure, discipline and knowledge he brings.

“I’m hoping that with my coaching background that a lot of kids are excited to play,” said Smith. “I have experience at the college level and that seems to be a big point to a lot of these guys. They love getting to learn the advanced aspects of the game and the speed that comes with it.”

After Smith stepped down in May, Bell County hired former North Laurel head coach, Brad Sizemore. Smith has high hopes for Sizemore and the Bobcats this season.

“They’re returning a lot of talent,” said Smith. “Those are some great kids he’s got and they’ll always hold a special place in my heart. You’ve got three players there that could be all-region no problem this season.

“London (Stephney), Sean (Phipps) and Cameron (Burnett) could all be on the all-region team, in my opinion. I really like Brad (Sizemore), he’s a great coach and I expect them to compete for the district, as well as the region this season, without question.

“I’ll always love Bell County and it will always hold a special place in my heart. I’m excited to get to work down here and see what this team is capable of doing.”

HARROGATE, Tenn. — The LMU Athletics Golf Outing has been rescheduled for Aug. 2 at Wasioto Winds Golf Course in... read more