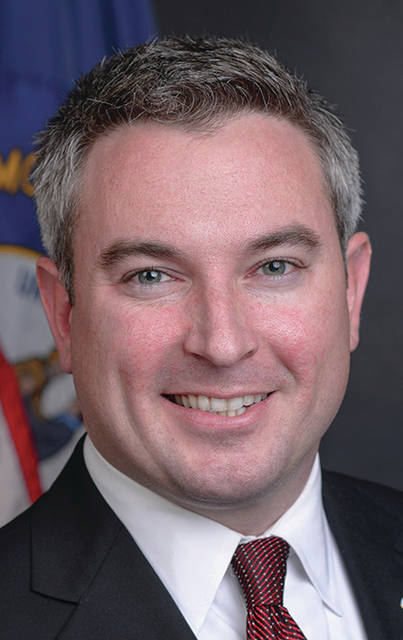 George Washington. Thomas Jefferson. Henry Clay. These great Americans grew hemp in the United States long before it became illegal over much of the 20th century.

This year, Kentucky has around 1,000 licensed hemp growers and more than 130 licensed hemp processors who are joining the ranks of the great Americans who have grown hemp. This Hemp History Week, it’s important to remember where our state has been and where we are headed with this crop that connects Kentucky’s past to its future.

In 2013, Kentucky restarted the conversation about the legalization of hemp nationwide. But the hemp renaissance really caught fire when Congress passed the 2014 Farm Bill allowing states a chance to bring this crop back from the dead through research pilot programs.

In 2017, the Kentucky Department of Agriculture (KDA) worked with leaders in the General Assembly to pass Senate Bill 218 and more fully conform state law to the ’14 Farm Bill. Because Kentucky chose to lead, we are now viewed as one of the top hemp states in the nation. And last year, I was honored to attend the presidential signing ceremony for the 2018 Farm Bill, which included hemp legalization language from Senate Majority Leader Mitch McConnell, and to deliver the first state hemp regulatory plan to United States Department of Agriculture (USDA) Secretary Sonny Perdue.

We’ve come a long way in a few short years. Thirty-three acres were planted in 2014, our first growing year. Program participants planted more than 922 acres in 2015, 2,350 acres in 2016, and 3,200 acres in 2017. Last year, 210 growers were licensed to plant up to 16,100 acres of industrial hemp and planted more than 6,700 acres. While we don’t yet know exactly how many acres will be planted this year, the Kentucky Department of Agriculture (KDA) has approved more than 57,000 acres for planting in 2019. As has been noted in the press, Kentucky tobacco growers are beginning to transition from tobacco receipts to hemp receipts.

This acreage translates into real dollars and cents for the Commonwealth. In their reports to the Department, hemp processors reported $57.75 million in gross product sales in 2018. That compares with $16.7 million in gross product sales in 2017. Processors paid Kentucky farmers $17.75 million for harvested hemp materials in 2018, up from $7.5 million the year before. Hemp processors spent $23.4 million in capital improvements and employed a total of 459 people in 2018, according to the processor reports.

This economic success can be attributed to the flexible, responsive hemp program built by the hard-working hemp staff at the KDA and the Department’s efforts to work with the General Assembly to build a program that balances the liberties of our farmers to grow this crop with the needs of local law enforcement.

While a lot of work remains, especially with the U.S. Food and Drug Administration and development of product standards, it seems like hemp is finally getting the attention it deserves. In late May, the USDA affirmed the legality of transporting hemp across state lines. More recently, the Federal Reserve indicated it would soon affirm the legality of hemp to the nation’s banking industry, a move that will provide more stability to this growing industry.

As Hemp History Week comes to a close, let’s take a moment to reflect on where we’ve been with this versatile crop. But more importantly, let’s turn our eyes toward the future and the opportunities it presents for our Commonwealth in the years ahead. It’s my vision that we can make Kentucky the epicenter of hemp production and processing in the United States. And if any state is going to prosper from this crop, it should be Kentucky.

Ryan Quarles serves as commissioner of agriculture for the Commonwealth of Kentucky.

Tick bites: Beware more than ever

By Steve Roark Tri-State Outside I like to write articles that are upbeat and positive, but this one is a... read more