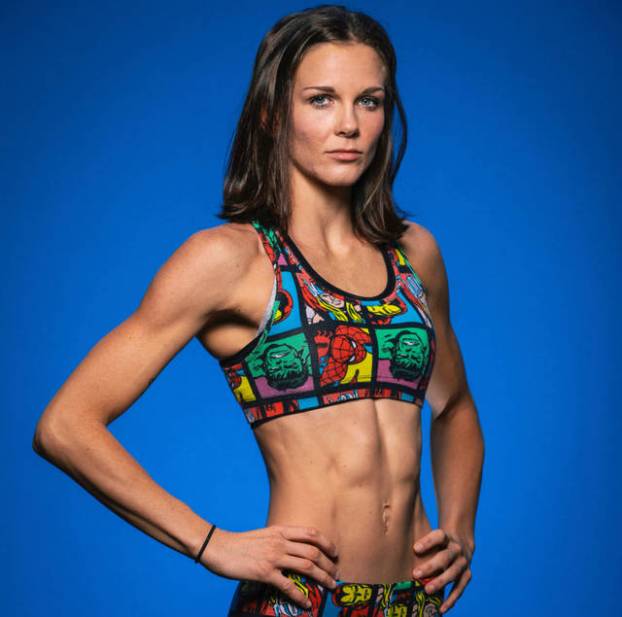 Kentucky’s number-one ranked female fighter and Pineville native, Genia Goodin, made her professional debut in Invicta FC 35 in Kansas City, Mo. on Friday night. After going undefeated (8-0) in her amateur career, including six-of-eight wins by stoppage, Goodin began her professional career on a high note with a victory over her first opponent, Valerie Wong.

Wong was also making her professional debut after a successful amateur career. Goodin won the fight by split decision in the card-opening fight, 29-28, 28-29, 29-28.

After signing a four-fight contract with Invicta FC, Goodin says that community support has increased substantially.

“There were always people who were supportive of me,” said Goodin. “There would be people to leave me good luck messages and posts and things on social media. Since I signed the contract with Invicta, I’ve been getting blown-up. The support from the community, my friends and family is awesome. I love it.”

Goodin is a purple belt in jiu-jitsu and has won several belts in the amateurs, plus a national MMA championship. Goodin recalls her fastest knockout as her fondest memory in her amateur career.

“One time I had a fight down in Tennessee and my opponent actually worked for the promotion company that advertised the fight. It was her home town, and it was also her birthday. It seemed like they were doing everything in their power to set me up for failure,” said Goodin. “Everyone in the crowd was there to see her fight it seemed. I had my father, my husband and friend with me, and it felt like that was the only people I had there to support me.

“The bell rang and I threw one punch and knocked her out in seven seconds. The air completely went out of the room and it seemed like the crowd turned on her. To this day, I compare my fights to that one. It went about as perfect and efficient as it could have gone. I will never forget that one.”

Four of Goodin’s amateur victories came in under one minute.