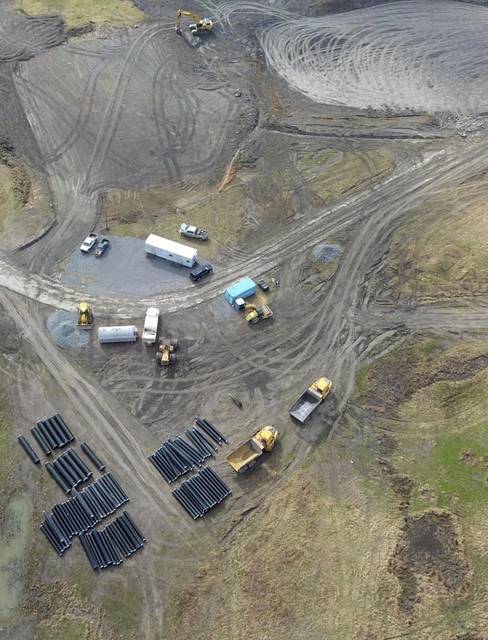 Construction on the Appalachian Wildlife Center continues ahead of schedule and Judge-Executive Albey Brock is continuing to pursue federal grant money that will go to projects just like this to bring jobs and industry into Bell County.

Bell County Judge-Executive Albey Brock is seeking to receive federal grant money from the Kentucky Division of Abandoned Mine Lands.

“Congressman (Hal) Rogers was able to divert some of the abandoned mine land money that’s piled up in Washington that’s being unused both for and to economic development projects,” said Brock. “Those projects are both in and around the abandoned mine lands and so far, to date, we have received the largest one of those grants.”

Brock explained that the $12.5 million received in the last cycle is going toward the Appalachian Wildlife Center.

“It is $30 million per cycle, and the next cycle is coming up and it ends in June,” he said. “Harlan got $1.2 million of that for their rehabilitation of the Portal Project.”

The Kentucky Division of Abandoned Mine Lands is currently looking for projects such as the Appalachian Wildlife Center and the Portal Project to apply for the federal grant money. These projects are expected to create jobs and attract industry.

“We are always in pursuit of any grant funds that are made available to us,” explained Brock.

The Kentucky Energy and Environment Cabinet said in a news release that up to $25 million is available for pilot projects in Appalachian counties. The program is in its fourth year of funding.

Southeastern Kentucky Rehabilitation Industries, known as SEKRI, opened their seventh location in Middlesboro and celebrated with a ribbon cutting on... read more