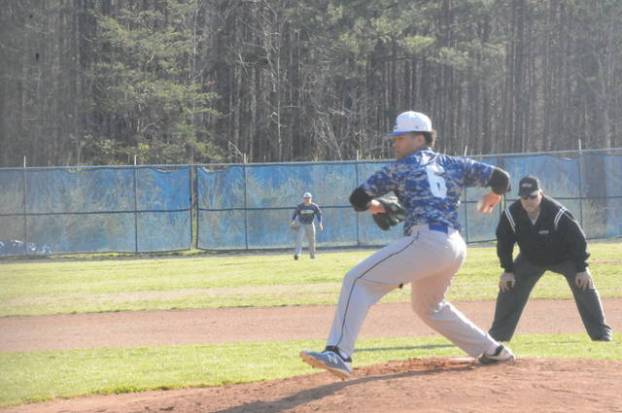 Antonio Zachary delivers a pitch in a previous game against Campbell County, Tenn.

Varner in control as Dragons down Bell

Will Varner followed a 17-strikeout performance in a win Saturday over Hancock County, Tenn. with a 13-strikeout night Thursday as Harlan (6-6) opened its district schedule with a 6-2 win at Bell County.

The senior right-hander gave up two runs (one earned) on six hits with 13 strikeouts and two walks to even his record at 2-2.

Smith allowed four runs on four hits in four innings on the mound, striking out six and walking four. Hayden Clark allowed two runs on two hits in three innings, with one strikeout and three walks.