Unemployment falls below 10 percent in every Ky. county

FRANKFORT (KT) – Unemployment rates are under 10 percent in every Kentucky county for the first time since October 2000, according to statistics released Thursday.

According to the Kentucky Center for Statistics, an agency of the Kentucky Education and Workforce Development Cabinet, jobless rates fell in 107 Kentucky counties between November 2017 and November 2018, while it rose in nine and stayed the same in four counties.

Unemployment statistics are based on estimates and are compiled to measure trends rather than actually to count people working. Civilian labor force statistics include non-military workers and unemployed Kentuckians who are actively seeking work. They do not include unemployed Kentuckians who have not looked for employment within the past four weeks. The data should only be compared to the same month in previous years.

According to figures released Dec. 20, Kentucky’s seasonally adjusted preliminary November 2018 unemployment rate was 4.5 percent. That was unchanged from October, as well as November of last year. 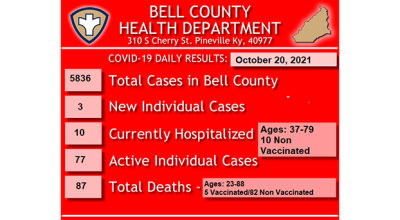 Edelen expected to run for governor