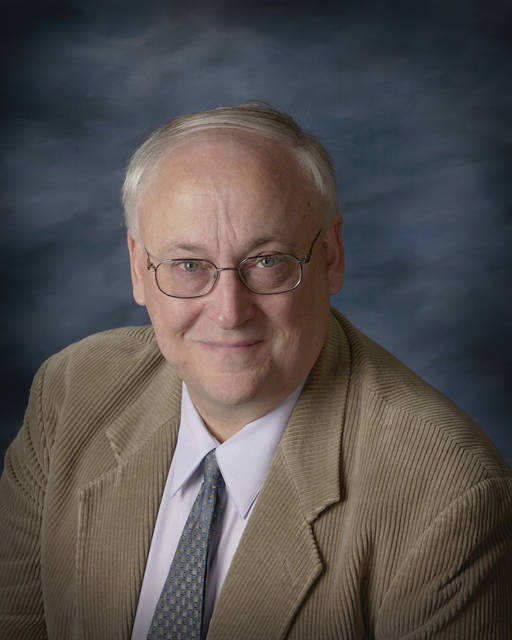 The American Osteopathic Foundation (AOF) named J. Michael Wieting as the recipient of the 2018 W. Douglas Ward Educator of the Year Award during the 2018 Osteopathic Medical Education Conference (OMED). Wieting is the senior associate dean for LMU-DCOM and also serves as professor of both physical medicine and rehabilitation and osteopathic manipulative medicine.

“I went to medical school to be a doctor, not an educator. But in residency it was driven home to me that good physicians are good educators of their patients on a one-to-one basis. A good physician must explain well, motivate people and meet patients where they are,” said Wieting, of his journey toward becoming a lifelong teacher.

Educator of the Year is awarded to an individual who not only emulates the osteopathic profession’s highest standards of excellence in teaching, one who is passionate about osteopathic medicine, has made a significant impact on the academic advancement of osteopathic students and has made long-standing contributions to the profession in the academic arena.

“I was delighted that Dr. Wieting received the Educator of the Year Award,” said Rita Forden, CEO of the American Osteopathic Foundation. “He has inspired so many students through his dedication to the field of osteopathic medicine.”

Wieting has impacted the lives of countless future physicians in his 24 years in osteopathic medical education. In addition to his classroom teaching and clinical practice, Wieting spends much of his time mentoring individual students and assisting them with both academics as well as preparations for the residency match and future careers.

Wieting says his goal as an educator is to provide a bridge for his students to get from where they are to where they’re trying to be.

Early in his career, Wieting joined a group of six physiatrists in private practice. They always had medical students, residents and fellows training with them, which led to the decision to start a residency in physical medicine and rehabilitation. Subsequently, he became the director of the program. Since then, he has overseen residency training programs at MSU, where he is also a clinical professor in the department of physical medicine and rehabilitation. He has contributed to LMU-DCOM’s sponsored residencies in family medicine, internal medicine and orthopedic surgery.

“His students know he gives the best of himself in the classroom setting,” said Brian A. Kessler, DO, FACOFP, vice-president and dean of LMU-DCOM. “He encourages students to expand their horizons through research and leadership positions and, above all, expects them to embrace the same dedication to service that he holds and carry it forward in their careers.”

Wieting’s students laud his dedication to osteopathic philosophy, how he takes one-on-one time to mentor them, and his commitment to making a difference for patients and in the community.

“I try to emulate him whenever I can, giving back to the osteopathic profession in all facets and mentoring all those that come after me,” said former student and colleague Amir Mahajer, DO, FAOCPMR, FAAPMR. “If it was not for Dr. Wieting, I would not be the osteopathic physician I am today.”

The DeBusk College of Osteopathic Medicine is located on the campus of Lincoln Memorial University in Harrogate, Tennessee. LMU-DCOM is an integral part of LMU’s values-based learning community, and is dedicated to preparing the next generation of osteopathic physicians to provide health care in the often underserved region of Appalachia and beyond. For more information about LMU-DCOM, call 800-325-0900, ext. 7082, or e-mail dcom@LMUnet.edu. You may also visit us online at http://med.LMUnet.edu.