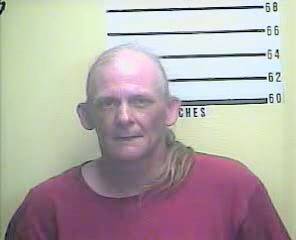 A Frakes man was arrested Wednesday on charges of theft from his employer.

The arrest came after a lengthy investigation, say police.

McCullough was an employee of the Cumberland Avenue Gulf gas station in Middlesboro. He is accused of stealing Kentucky lottery tickets from the business. Johnson states in the citation that the total amount of those tickets is $59,697. The thefts are alleged to have occurred from June 30, 2017 until April 30, 2018.

Once arrested by the officers, a search warrant was executed at McCullough’s residence to collect further evidence. Officers said they discovered a plastic baggy containing suspected methamphetamine.

McCullough was lodged in the Bell County Detention Center and charged with theft by unlawful taking over $10,000 or more but under $1,000,000.

The Big One WRIL contributed to this story.