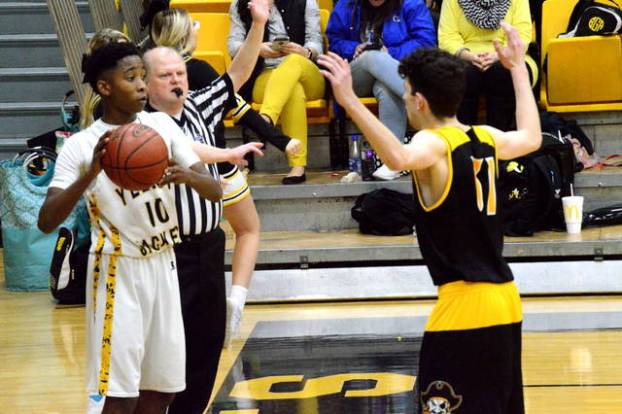 Jabari Kyle looks to inbound the ball during a previous game. The sophomore guard ended the night with 17 points during Middlesboro’s 64-46 victory over Red Bird on Monday.

The Middlesboro boys basketball team rebounded from a disappointing loss to Barbourville on Friday with a 64-46 victory over Red Bird on Monday. The victory helps the Jackets build some momentum heading into their final two games of the regular season.

After being limited to just three points three nights before, Jabari Kyle tallied 17 points while going 8-for-11 from the field.

Christian Hubbard tallied 12 points against Red Bird and hit both of his three-point attempts. The junior guard also went 4-for-5 from the charity stripe.