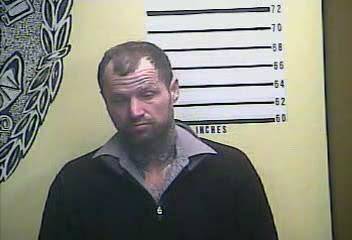 An Ohio man was arrested for importing heroin on the evening of Feb. 12.

According to the citation, at 6:06 p.m. Monday Middlesboro Police Officer Nick Capps was sitting at the Family Cut Salon facing west on Winchester Avenue. Capps states he observed a dark colored Chevrolet HHR traveling west on Winchester, failing to signal onto South 25th Street. The vehicle reversed back onto Winchester Avenue. Capps then conducted a traffic stop on the vehicle at 26th Street.

The citation continues to state that an occupant, later identified as Jason Teasley, 40, of Sidney, Ohio, stepped out of the back seat of the Chevy. Capps stated that he explained to Teasley and the driver of the vehicle, who was unidentified, the reason for the stop after observing the way the vehicle turned.

• Carl Shackleford, 55, of Harrogate, Tennessee, was arrested by Capps on Feb. 10 on charges of first-degree possession of a controlled substance, possessing drug paraphernalia, operating a motor vehicle under the influence and failure to maintain required insurance.

• Vaston Keyes, 41, of Middlesboro, was arrested by Capps on Feb. 9 on charges of first-degree trafficking in a controlled substance, trafficking in marijuana, and was served a bench warrant.

• Carl White, 22, of Middlesboro, was arrested on Feb. 9 by MPD Officer Joe Holder on charges of two counts of trafficking in a controlled substance, failure to pay fines for no insurance and operator’s license.

Brian O’Brien of The Big One 106.3 FM WRIL contributed to this article.