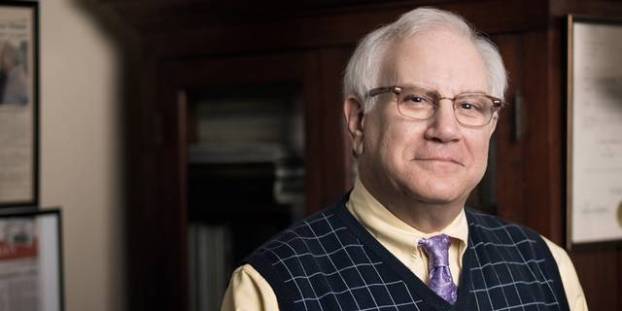 The month of February at Lincoln Memorial University is a busy one. Not only is the Abraham Lincoln Library and Museum hosting various events for Black History Month and Lincoln’s birthday, they have also secured a speaker for their first ever Lincoln Lecture.

Slated for Feb. 16 at 6 p.m., in honor of Abraham Lincoln’s 209th birthday and President’s Day weekend, this year’s speaker is Dr. Jason Silverman. He will be speaking on the topic of his recently acclaimed book, “Lincoln and the Immigrant.” Following Silverman’s talk, a reception and book signing will follow with copies available for purchase.

Silverman recently retired as the Ellison Capers Palmer Jr. Professor of History at Winthrop University where he taught for over 33 years. Prior to that he taught at Yale University for four years. Author or editor of 11 books, several of which were nominated for national book awards, his recent work, “Lincoln and the Immigrant,” a volume in the Concise Lincoln Library series published by Southern Illinois University Press, was awarded The Immigrants’ Civil War Award by Hofstra University’s Long Island Wins, a nonprofit communications organization that focuses on immigration issues on Long Island and beyond. Of the 16,500, and counting, volumes published on Abraham Lincoln, Silverman’s is the first full-length study of its kind. This volume inspired American By Belief, a museum exhibit at President Lincoln’s Cottage at the Soldier’s Home in Washington, D.C.

Silverman is Chairman of the Scholarly Advisory Group for President Lincoln’s Cottage at the National Soldier’s Home in Washington, D.C. and co-editor of Abraham Lincoln Abroad and on the editorial boards of The Lincolnator, and the Lincoln Herald, where, in January, he became the Book Review Editor.

This event is free to the public. The ALLM is located on the main campus of LMU in Harrogate, Tennessee.

Solar power could cloud over

The use of solar power as an alternative energy source for businesses and homeowners has been steadily growing over the... read more