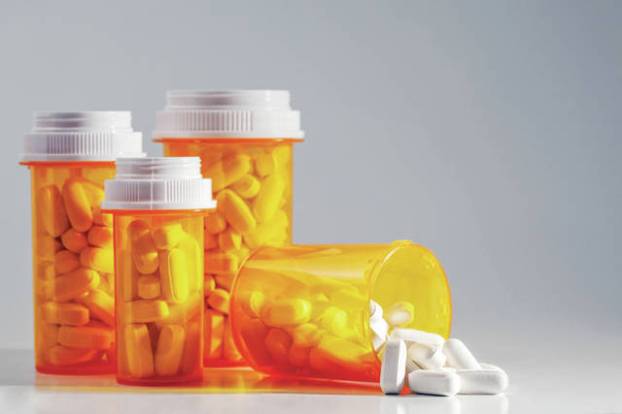 (Editor’s note: This is the first in a series on disabilities.)

Kentucky seems to be faced with a massive hurdle as the rate of both government and prescription drug dependence continues to grow well beyond that of the overall population, with both Bell County and Harlan County dismally managing to remain among the highest percentile in this epidemic for years.

A startling report conducted by Kentucky’s Disability Determination Services (DDS) revealed what many already reluctantly knew to be true: the state has experienced an unprecedented increase in disability recipients in recent years. According to the study, 11.2 percent of Kentuckians were receiving various forms of disability benefits in 2015, with Bell County coming in at a shocking 18.4 percent and Harlan County with an even higher percentage of 18.91. These numbers rank the state as the second highest in disability recipients in the country, which Kentucky has failed to fall below since 2002.

“This report is the first of its kind to have ever been issued by an individual state,” said the Cabinet for Health and Family Resources Secretary Vickie Yates Brown Glisson. “Its findings shed new light on the misuse and abuse of a vital program intended to help disabled citizens. It also illuminates one of the main drivers of our prescription drug abuse epidemic. The good news from grim findings is that we can re-assert control of our future and make it better for all Kentuckians.”

The concerning study examined a 35-year time frame, ranging from 1980 to 2015, in which the growth of the overall population and that of the percentage of disability enrolled individuals varied greatly, with an astonishing 249 percent disability growth and only a 21 percent population growth.

The report was presented on Tuesday at the Kentucky Work Matters Task Force meeting in Frankfort, which was created by Gov. Matt Bevin earlier in the year to provide an easier path for disabled and disadvantaged citizens to find jobs. Bevin, who refers to many receiving benefits as “underutilized”, claims to believe these disadvantaged individuals could very well make a great contribution to the state’s labor force, which would, in return, give them a sense of pride and belonging.

“There is dignity that comes from work, and there is a sense of satisfaction and respect — for oneself and for others — that comes from being an engaged part of the community,” Bevin said in a press release for the task force. “And there’s nothing more integral than the dignity associated with being part of the fabric of that community through work.”

As state leaders struggle to find a solution, the report laid out an outline of suggestions for the Social Security Administration, recommending a reexamination and reconstruction of the SSA Program Operations Manual System (POMS). Most notably, the report called for a much more restrictive policy when selecting those eligible to receive benefits, requiring mandatory medical evidence of injury or illness as well as capability evaluations measuring the legitimacy of demonstrated physical effort and limitation.

The report also suggested a removal of several less severe conditions from eligibility to receive benefits, along with up-to-date reviews on all temporary conditions using a base of clinically accepted recovery timelines.

“The explosive growth of benefit dependence over the past 35 years has been fueled by a multitude of factors which are completely unrelated to the mitigation or treatment of hardship borne of genuine disability,” said Bryan Hubbard, Acting Commissioner of the Department for Income Support. “Armed with the grim statistical reality of the past 35 years, we can seek better outcomes over the next 35 as we work to fix a broken system that must be preserved for individuals who can neither care nor provide for themselves.”

Although government leaders appear to be putting in their best efforts to recover from this epidemic, many would agree that they are barely scratching the issue’s surface, thus failing to understand the true driving factors behind the system’s abuse.

While it’s true that these benefits should be preserved for the truly disabled citizens and a plug needs to be pulled on those taking advantage of such a prestigious program, it is almost impossible to provide a solution to a problem without first investigating its cause.

In this case, the percentage of disability recipients appears to increase as the area’s average yearly income decreases. With minimum wage failing to keep up with inflations, many struggle to find jobs offering a suitable living wage- with some unable to even find work at all — leaving them with seemingly no choice but to turn to the government in desperation.

Minimum wage employees can expect to see a $15,080 yearly income if, by some miracle, they actually manage to find an employer willing to allow them a steady 40-hour work week. Comparing that to the average yearly disability benefits of $14,052, it isn’t difficult to understand why more and more people are choosing to rely on government assistance.

The discouraging realization many have made concerning their lacking yearly income seems to be the driving force behind the immense increase in the percentage of Kentuckians drawing disability. Going along with this, it has also led to an overwhelming number of prescription drug abusers, as they are forced to begin these seemingly harmless prescriptions in order to receive benefits.

In order for this hurdle to truly be jumped, leaders must choose not to ignore the underlying issues from which the outbreak was constructed. A “quick fix” will likely only lead to similar problems down the road, while a thoughtful examination into every factor of the situation is more likely to birth an overall solution.