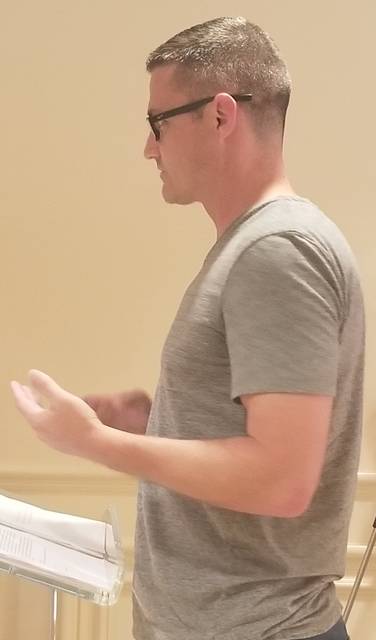 Harrogate and Middlesboro have their own successful farmers markets, now it’s time for Pineville to hopefully establish its own.

“Farm-to-Table” usually means that the food on someone’s plate came directly from a farm and didn’t go through an array of middlemen such as a market or a distributor to end up on said plate.

Robbins would like to create a market specific to Pineville, where vendors can sell wholesale to the public where they could provide seasonal goods to the public such as Christmas trees, flowers and other items.

Robbins outlined the layout and design of the market to the council.

“There won’t be any dirt exposed. It’s kind of like urban farming where you can produce more on less ground and you don’t have to work as hard. You don’t see the dirt, it’s not as messy,” he said.

Robbins also stated that water retention would not be an issue due to the floors being covered. He also envisions the market housing 30 to 50 rows of vendor tables and stands.

Robbins went on to state that there would be no permanent structures for the market and that it would be sturdy enough to pass any guidelines needed but also possible to disassemble and move if necessary.

Robbins plans on establishing a relationship with local growers to where they can deliver their product for the market to sell and become profitable for all involved. Local restaurants are also on Robbins’ mind as potential customers. Instead of restaurants needing to buy products and other goods from an outside source and have it all shipped to their location, the Pineville market could provide all the supplies they would need, locally and at a cheaper cost.

He plans on leasing the land and is working with the proper entities to set that in motion.

Mayor Scott Madon stated that he was all for lending a helping hand in getting Robbins started on his market.

Initial plans to start construction are tentatively estimated for spring of 2018. The council voted unanimously to pursue establishing the Farm-to-Table market, which would be another great step in the right direction regarding the revitalization of Pineville.

Representatives from Frakes and Henderson Settlement were present at the Oct. 10 Fiscal Court meeting in Pineville to express concerns... read more