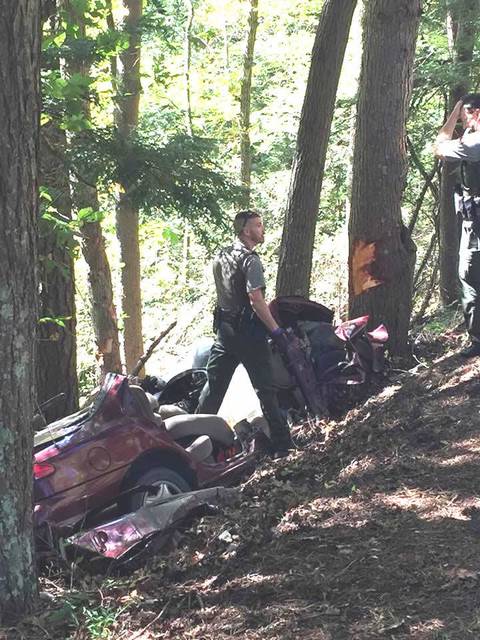 Photo courtesy of The Big One WRIL/Will Allen

A reported high-speed chase through Middlesboro ended in a crash Thursday afternoon.

According to eyewitness reports and a report from The Big One WRIL, a maroon Ford Escort was pursued by the Kentucky State Police through Middlesboro around 12:30 p.m. The pursuit was reportedly dropped by KSP at the Cumberland Gap National Historical Park and picked up by the park’s law enforcement.

The driver of the Escort continued on Pinnacle Road, according to reports, and the pursuit ended when the driver — said to be male — crashed. His identity has not been released.

A CGNHP ranger contacted by the Middlesboro Daily News would not release any information on the wreck. He did confirm that there is an active investigation underway.

WRIL reported that the driver “had to be cut out of the car due to the damage trapping him inside,” and added that he was flown to the University of Tennessee Medical Center in Knoxville for treatment of serious injuries.

The Middlesboro Daily News will have information as it becomes available.