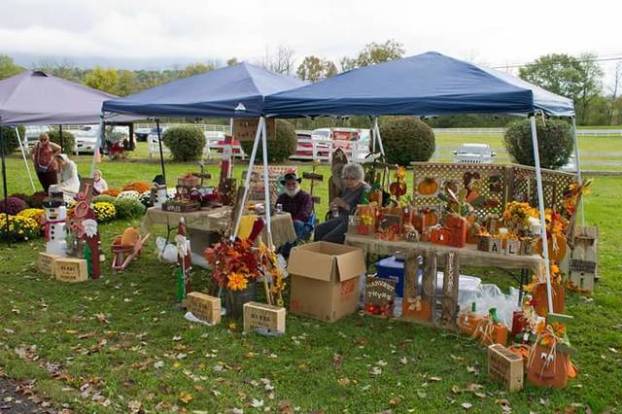 In celebration of its 19th consecutive year, a new, reinvigorated version of the long-standing Heritage Festival will take place this Saturday, after much effort from its hosts — Wilderness Road State Park’s Friends support organization — to make the event considerably more authentic and enjoyable.

This year the festival has been re-energized with several culture-related activities, as well as an up-to-date lineup of live entertainment. It will continue to feature many of the beloved displays and demonstrations for which it got its name, all for half the price of previous years, with admission being only $5 per vehicle.

“The park and its friends have worked hard to revamp the festival in hopes of making it more fun and entertaining for folks in the community, and most importantly, to make it a true heritage festival, celebrating the area’s Appalachian background,” said Mike Brindle, volunteer and special events coordinator for Wilderness Road State Park.

The festival will take place on the Karlan Mansion lawn, which will be completely transformed into an authentic journey through Appalachian heritage. Hundreds of handmade crafts will be featured, many of which visitors will have the opportunity to witness being crafted directly in front of their eyes — making the event a truly authentic heritage festival.

Several local artists, storytellers and woodcarvers plan to hit the stage and fill the air with both traditional and modern Appalachian melodies and customs. Among these performers is the well-known season eight America’s Got Talent contestant, Jimmy Rose, as well as Denise Glass, who will be performing her popular Patsy Cline tribute.

Other performers sure to captivate the festival’s audience include: Ken Wilson, Larry Goodwin, Mountain Traditional Carvers and Storytellers and Sons of Liberty.

Demonstrations of traditional hand-crafted techniques will be showcased inside the mansion, providing a glimpse into the formation of the Appalachian culture. Some of these demonstrations include: woodworking, carving, basket making, rustic wood art, painting, the carving of mini guitars, jewelry crafting, an old-fashioned apple butter stir and much more.

While children are more than welcome to enjoy the amplitude of crafts and entertainment with their guardians, the park made sure to keep the youngsters in mind when organizing the event. Within the festival will be a special children’s area where kids can indulge themselves in several Appalachian-themed activities and games provided by the park staff.

Going along with the Heritage Festival, the park will also be hosting a weekend-long expedition through time with the Martin’s Station Fall Encampment. Those in attendance will have the opportunity to explore what life may have been like for early frontiersmen during the Autumn season, as they prepared for the cold months ahead, while also finding time to relax and enjoy the harvest.

The three-day event, held at the Martin Station replica, will feature everything from an 18th century market to a Cherokee warrior camp, and much more. Park employees greatly encourage anyone wishing to learn more about what everyday life was composed of for the first Appalachian settlers to attend. The event hours are as followed: Friday from 9 a.m. to 5 p.m., Saturday from 10 a.m. to 5 p.m. and Sunday from 10 a.m. to 3 p.m.

With Wilderness Road’s own immense history in the formation of Appalachian culture, many would agree that it certainly makes for a great location to learn about the traditions and beginnings that birthed the rich Appalachian heritage.

During the Oct. 9 Pineville City Council meeting, the issue of the Lighthouse Ministries Safe Haveen Shelter was yet again... read more