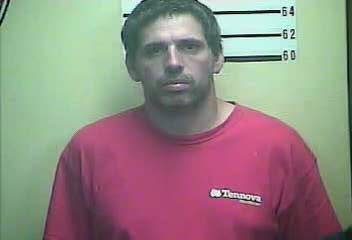 Man jailed for trying to procure a minor

Middlesboro Police Officer Michael Smith arrested a man on Oct. 9 for allegedly trying to meet a 13-year-old for sexual reasons.

According to the citation, James Dunaway, 34, of Middlesboro, was arrested at the Middlesboro City Parking Lot after the MPD were alerted to a conversation over a computer involving a 13-year-old girl.

Smith states in the citation that the girl’s mother contacted police after she discovered the messages and took over posing as her daughter. Dunaway continued the communication sending various sexual messages and then attempted to meet who he thought was the girl at the city parking lot.

Police said Dunaway was taken into custody without incident and lodged in the Bell County Detention Center. He was charged with prohibited use of an electronic communication system to procure a minor, which is a Class D felony.

He was also served an outstanding warrant.

In other police news, on the evening of Oct. 9 MPD Officer Nick Capps arrested a man on a warrant taken out by Kentucky State Police Trooper Taylor Mills on Oct. 7.

According to the citation, Kevin Perkins, 28, of Middlesboro, was arrested after Capps served the warrant for first-degree robbery. Perkins was charged for the offense in conjunction with another unnamed male defendant. The citation states that the two “used or threatened immediate use of physical force against a man and a woman with the intent to accomplish the theft, with the other male being armed with a deadly weapon.”

A charge of sexual abuse was also on this citation stating that Perkins subjected the female to sexual contact without her consent.

He was also served an outstanding warrant for failure to appear on shoplifting charges over an incident on July 27.

Perkins was lodged in the Bell County Detention Center under a $5,500 bond.

Brian O’Brien of The Big One 106.3 WRIL FM contributed to this article.

The Middlesboro Mall celebrated its 34th anniversary over the weekend. Store employees and guests alike enjoyed the event, which provided... read more