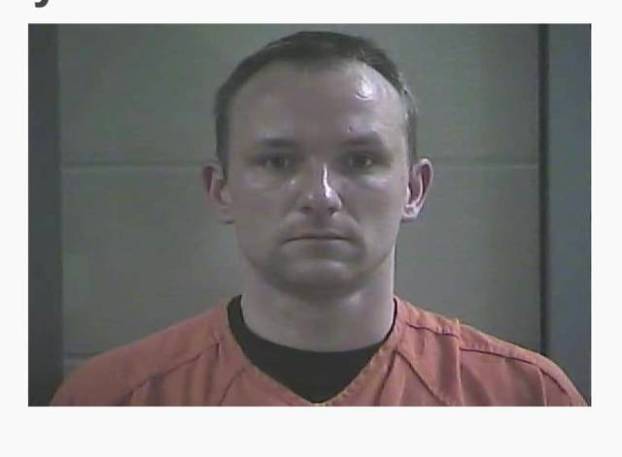 GRAY — Kentucky State Police Post 10 in Harlan said in a release on Tuesday that they received a complaint that a 32-year-old male was allegedly having a sexual relationship with a juvenile female in Knox County. KSP Det. Aaron Frederick was assigned to the incident.

KSP Public Affairs Officer Shane Jacobs said Frederick made contact with the alleged perpetrator and began interviewing him. During the interview process, Frederick was able to obtain a full confession from McCafferty of Indian Creek.

Jacobs said McCafferty stated he had met the female during the NIBROC festival in Corbin and had offered her a job as a babysitter. The juvenile accepted the position and on Sept. 2, McCafferty traveled to her residence and picked her up for her first day on the job. Nothing occurred the first day, however, on Sept. 9, he once again picked her up and took her to his house for the second time. When they arrived at the residence, McCafferty and the juvenile began watching a movie. During the course of the movie, the male subject had sex with the juvenile. The juvenile was taken home.

Jacobs said the juvenile advised she was contacted several times by McCafferty and she repeatedly ignored his requests to come back to his residence. On Sept. 27, the juvenile confided in her mother, who in turn contacted KSP Harlan.

On Oct. 5, Frederick obtained a felony warrant on McCafferty charging him with third-degree rape, third-degree sodomy and first-degree sexual abuse.

Jacobs said McCafferty was arrested on Oct. 9 and lodged in the Knox County Detention Center under a $50,000 full cash bond.

The case remains under investigation by Frederick.

Due to popular demand, Main Street Live will be returning to Pineville this Thursday to present one final show of... read more