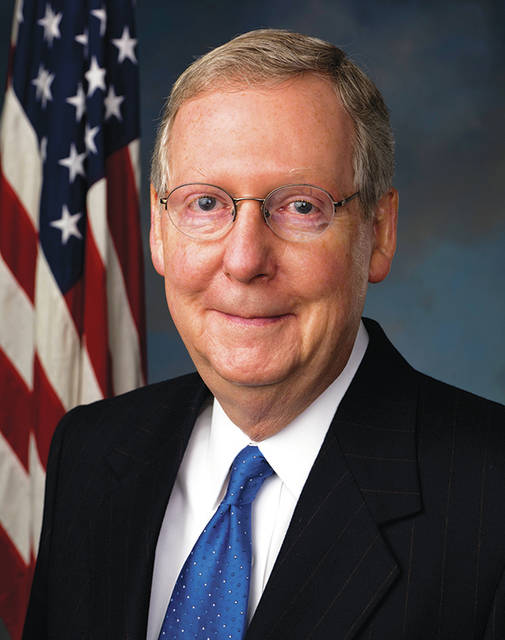 Several powerful hurricanes have recently devastated the southeastern United States, Puerto Rico, and the U.S. Virgin Islands. Already, Congress has responded by providing funding to begin the recovery. We also passed legislation authorizing federal agencies that are critical to the relief efforts.

Recently, the Trump administration requested a new round of supplemental funding, and the Senate remains committed to supporting relief efforts and ensuring that FEMA, the Department of Defense, and the rest of the administration have the resources they need.

I am proud of the Senate’s efforts to respond to these disasters, but I also want to highlight the actions of the compassionate people of Kentucky who took it upon themselves to help their fellow Americans.

Some are members of the military, and others are civilians, members of our communities who wanted to do something to help those in need.

Nearly 300 members of Kentucky’s Army and Air National Guard – including the 123rd Airlift Wing – have deployed in response to the three major hurricanes, bringing relief and assistance. Their specialized training has been put to use in these areas, and they are working directly with residents who have been affected by the storms. In Texas, Kentucky’s Guardsmen reportedly helped save more than 300 lives, and following Hurricane Irma, they helped evacuate over 1,000 U.S. citizens from the Dutch Caribbean Island of St. Maarten.

The 101st Airborne Combat Aviation Brigade, stationed at Kentucky’s Fort Campbell, deployed 70 soldiers and eight aircraft to Puerto Rico to continue the support of hurricane relief efforts. These soldiers will join multiple other units of the joint force to bring medical equipment and assistance to those who need it most.

I am proud to join with all Kentuckians in thanking the members of the United States Armed Forces for their service.

In addition, many citizens from Kentucky mobilized to help those hit hardest by the hurricanes. Some even left their homes behind to go to disaster sites to offer aid. These men and women from around the Commonwealth volunteered to join the relief efforts in the wake of these storms.

Across the state, churches collected donations, community groups gathered supplies, and local businesses donated the proceeds of their sales to help fund relief efforts. Families across Kentucky pitched in to help, in whatever way they could.

One Kentuckian from Grayson County gained national attention because of his genuine selflessness when he drove his boat 18 hours to Houston to help take people to safety. He watched the devastation on TV and was moved to help.

Firefighters from eight departments across the Commonwealth deployed to Florida, working 12 hour shifts responding to 9-1-1 calls in Tampa as residents have started to move back into their homes.

Other organizations, including many churches and non-profits, also sent volunteers to help. One religious organization from Louisville arranged more than 200 volunteers to help flood victims in Texas and Florida. In all, they served over 78,000 meals, helped with laundry, and distributed many bottles of water.

The Kentucky Humane Society stepped in to care for pets that were affected, and chapters of the American Red Cross from across the Commonwealth have mobilized to help where needed.

The Kentucky Association of Electric Cooperatives sent dozens of linemen to Georgia to help restore power after Hurricane Irma. The joint effort from 17 of our state’s electric cooperatives represents one of the largest mutual deployments in Kentucky history.

Even some of Kentucky’s most recognizable personalities got involved. UK men’s basketball Coach John Calipari hosted a telethon that raised $1 million for the relief efforts in Texas.

I am overwhelmed by the outpouring of support from the people of Kentucky. Our Commonwealth has repeatedly shown a willingness to help those in need, and I am proud of all those who took part.

I would like to extend my gratitude to the Kentuckians who offered their time and their prayers for the victims. For many, the process of rebuilding their homes and communities could take months or even years, but your generous acts of compassion have made a serious impact to ease their burdens.

Sen. Mitch McConnell, a Republican, is Kentucky’s senior Senator and the Senate Majority Leader. He is a member of the Appropriations, Agriculture and Rules Committees.

Whether you know it or not, chances are you have been a potential victim of the huge Equifax hacking scandal... read more