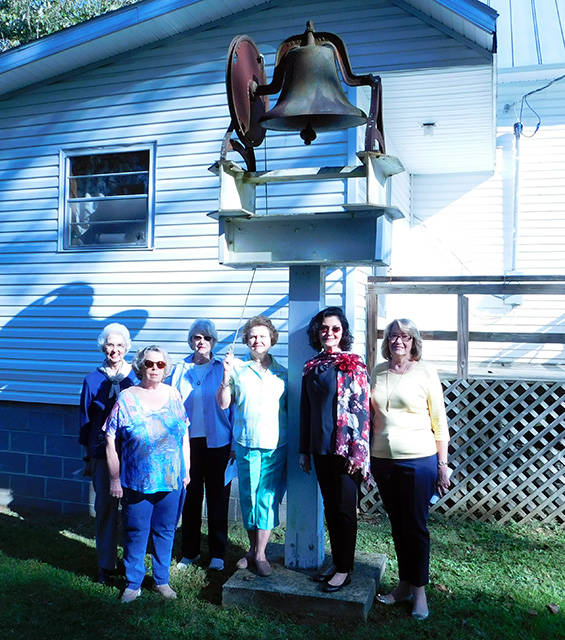 The Major George Gibson Chapter National Society Daughters of the American Revolution (NSDAR) observed Constitution Week at Speaks Chapel United Methodist Church, Rose Hill, Virginia on Sept. 23. The chapter was honored to be invited by the Speak/e/s Family Association to attend the church service and grave marking for Nicholas Speak who served in the War of 1812.

Constitution Week is the commemoration of America’s most important document. It is celebrated annually Sept.17-23. The United States Constitution stands as a testament to the tenacity of Americans throughout history to maintain their liberties, freedoms and inalienable rights.

This celebration of the Constitution was started by NSDAR. In 1955, DAR petitioned Congress to set aside September 17-23 annually to be dedicated for the observance of Constitution Week. The resolution was later adopted by the U.S. Congress and signed into public law on Aug. 2, 1956 by President Dwight D. Eisenhower.

The NSDAR has also erected a structure that is built in tribute to the Constitution, DAR Constitution Hall, which is a performing arts center, opened in 1929.

Tragic events can affect us all

Were you aware that when you read about or hear about news reports of major tragedies, they may be impacting... read more