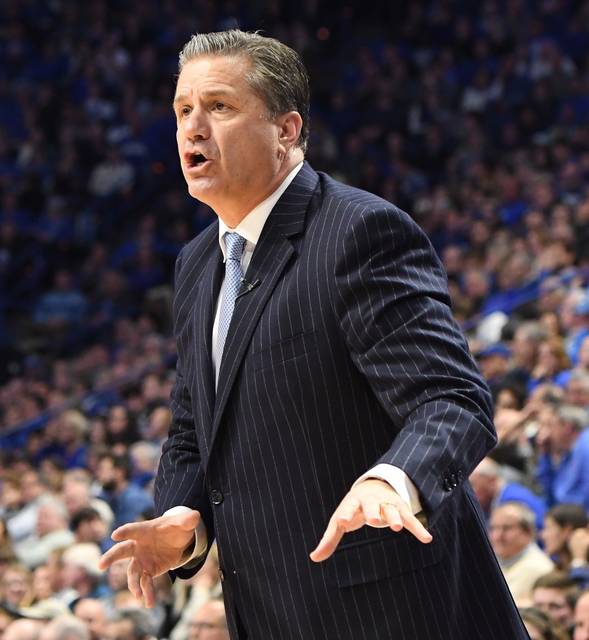 Kentucky coach John Calipari tries to maintain a healthy balance off the court and doesn’t try to sway politics in his seat at Kentucky.

LEXINGTON (KT) — When it comes to social media, Kentucky coach John Calipari has more than one eye getting the lowdown on what he thinks. That’s before his thoughts land on Twitter, Facebook or any other social media platform.

“It (a message) goes to somebody first and then it usually hits six eyes,” the Kentucky coach said.

In light of recent events in the National Football League and the current political climate across the nation, Calipari is sensitive and doesn’t get into the “political fray of Republican (or) Democrat” when it comes to taking political sides.

“I am a citizen (and) I have the ability and the right to speak my mind,” he said during a preseason interview with reporters. “But, it’s different for me, because I have a seat. I shouldn’t try to sway politics. If I’m not in this seat, that would be different, but I am in this seat and that’s just how I feel.”

Calipari added that there “are things that I will stand up for” and attempts to make a difference when deemed necessary.

“If I think something is right and something is wrong, that’s a totally different deal. But, how you get to the end result of taking care of people and health care, there’s different ways of doing it. Now, I think we should have even more jobs for people. I think we should have health care that works … there’s stuff out there and there’s all kinds of ways of doing it.”

Calipari maintains a neutral tone when he chats with state Sen. Mitch McConnell or even President George W. Bush and tries not to be a political influence.

“If I stood with President Bush, which we have … I mean I got people mad that I even go near this guy … when I sit down with President (Bill) Clinton they go nuts, when we showed up and took a phone call from President (Barack) Obama (or) that I talked to President (Donald) Trump before he was president Trump,” Calipari said. “And people go nuts if I’m sitting with Mitch McConnell, they go crazy. When I took a picture with. Congressman (Nancy) Pelosi, oh my gosh, you would have thought I was just (crazy).”

Calipari would like the opportunity to meet with President Trump and would consider it an honor and a great opportunity to share his views and create a dialogue.

“I’m going to sit down with the president whoever the president is, so at some point, I’d love to sit with him … Everybody tells me the same thing, in front of a camera, he’s a certain way. But if you meet with him, and you’re around him, he’s different. You should tell him about your policy of letting other people do your tweets.”

Like politics, Calipari said the coaching profession can be brutal, especially on the recruiting trail.

“We are above the fray but it’s still nasty,” Calipari said.

The Kentucky coach is used to the harsh treatment and things will be no different entering his eighth season with the Wildcats.

Bell County took a step backward last week in a 49-28 loss to No. 7 Casey County. A late-game rally... read more