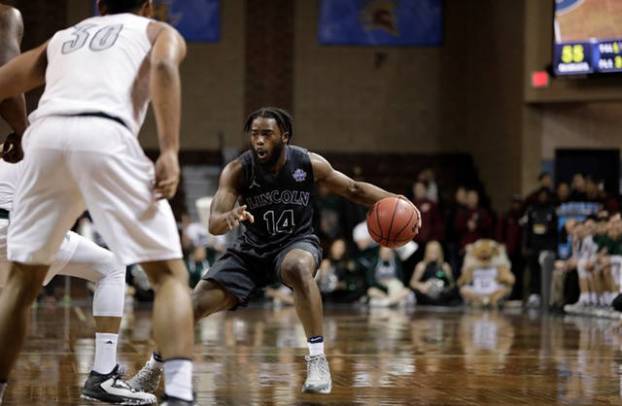 The Railsplitters, ranked No. 6 in the Street & Smith’s preseason national rankings, enter the 2017-18 campaign looking to claim their third consecutive NCAA Division II Southeast Region championship while angling for a third straight trip to the national semifinals. Lincoln Memorial has won five consecutive SAC regular-season titles and piled up 30-plus wins in each of the last three seasons.

Before the regular season commences, the Railsplitters will travel to Indianapolis, Indiana for an exhibition against the Butler Bulldogs on Nov. 4 in historic Hinkle Fieldhouse. Butler went 25-9 last season and lost to the eventual national champions, North Carolina, in the Sweet 16. Butler made back-to-back appearances in the National Championship game in 2010 and 2011.

The Railsplitters will play eight nonconference games, headlined by a rematch of last season’s national semifinal showdown against the No.1 preseason nationally-ranked Northwest Missouri State Bearcats on Dec. 19 in Owensboro, Kentucky.

Northwest Missouri State went 35-1 last season to capture the program’s first-ever men’s basketball title. The Bearcats ended the Railsplitters’ season in the national semifinals with a 79-67 win at Sanford Pentagon in Sioux Falls, South Dakota before beating Fairmont State to win the 2017 crown.

In addition to that signature nonconference matchup, the Railsplitters will open the season against Lees-McRae and King in the SAC vs. Conference Carolinas Challenge. King went 19-12 last season, while Lees-McRae will be looking to rebound from an 8-21 season.

Home games against Virginia-Wise (Nov. 25), Bluefield College (Dec. 6) and Hiwassee (Feb. 14) round out the nonconference slate.

In its search for a sixth straight SAC regular-season title, Lincoln Memorial will play all 10 league opponents twice – once at home and once on the road.

The Railsplitters open SAC play on Nov. 29 at Tusculum before returning to Tex Turner Arena to face Catawba (Dec. 2), Mars Hill (Dec. 11) and Wingate (Dec. 13) for the next three league tilts. Wingate was the best of that quartet last season, finishing third in the league with a 16-6 SAC effort.

Lincoln Memorial closes out 2017 with road trips to Newberry and Lenoir-Rhyne sandwiched around that nonconference game against Northwest Missouri State. Newberry finished fifth in the SAC last season with an 18-11 overall record, while Lenoir-Rhyne went 10-17.

Queens should prove to be the most significant threat to end Lincoln Memorial’s reign atop the SAC standings, as the Royals are ranked No. 2 in the Street & Smith’s preseason rankings after finishing 30-4 last season.

The Railsplitters ended the Royals’ 2016-17 season in the Sweet 16, but Queens accounted for two of LMU’s five losses last season, including a 75-72 setback in the SAC Championship title game.

The Railsplitters and Royals meet for the second time on Feb. 24 in the regular-season finale at Tex Turner Arena.

After that three-game road trip, the Railsplitters play three of their next four in Harrogate, hosting Tusculum (Jan. 24), Lenoir-Rhyne (Jan. 27) and Newberry (Feb. 3) around a trip to Mars Hill (Jan. 31).

Lincoln Memorial then plays three of its last five SAC games on the road, traveling to Anderson (Feb. 7), Wingate (Feb. 10) and Coker (Feb. 17) before hosting Carson-Newman (Feb. 21) and Queens in the last two games of the regular season.

The Railsplitters will play 14 of their 28 regular-season games at Tex Turner Arena. Single-game tickets are available one hour prior to tip-off for $5. Basketball fans can also join the L Club for season tickets as well as exclusive membership benefits.

Complimentary tickets to nearly every home game are also available from the respective game sponsors.

The South Atlantic Conference Championship, which will include the top eight teams in the final league standings, commences on the final day of February with quarterfinal-round action. The top-four seeds will host their respective first-round games, while the semifinals and finals will be played at Timmons Arena in Greenville, South Carolina.

The Railsplitters have made five straight appearances in the SAC Championship title game.

For the second straight year, the Elite Eight will be held at Sanford Pentagon in Sioux Falls, South Dakota March 20-24. Lincoln Memorial is vying for its third straight Southeast Region title and trip to the national semifinals.

“Looking at our schedule it’s incredibly challenging as always. Starting with a marquee exhibition against Butler in historic Hinkle Fieldhouse, we will have to be performing at a high level right off the bat in order to have a chance to be competitive.

“We open up the season with four of the first six games away from home and by the end of the first semester we will have played five conference games along with a neutral site game against defending national champion and preseason No. 1 Northwest Missouri State. This should bring a tremendous amount of focus and sense of urgency to the first few weeks of practice.

“Of course, the 20 SAC games we play is the crux of our schedule and looking across the league it seems to be on track once again for what it’s evolved into, and that’s as good a league as there is in the country at this level. We are excited about the opportunities ahead and the challenge of this group growing as the season goes on.”

The year of the running back

Although some teams are searching for their stride this year, the season has quietly become the year of the running... read more