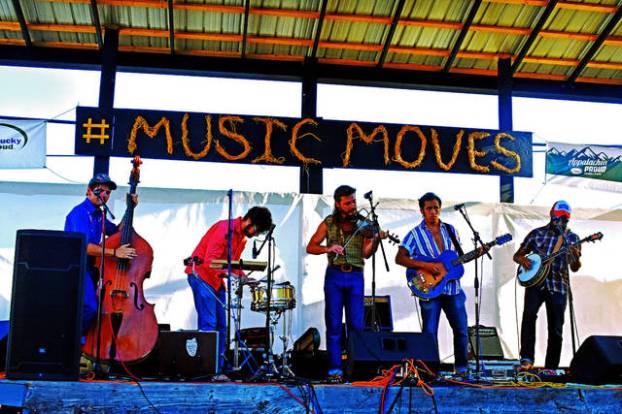 Levitt Series closes out with a bang

The last show in this year’s successful Levitt AMP Middlesboro Music Series is a double-header of talent sure to end the music series on a high note.

Set to hit the stage back to back are Nick Dittmeier and the Sawdusters followed by series closer Whiskey Shivers.

The Sawdusters hail from Louisville and have released two EP’s since 2013. According to their official website, the band’s aggressive touring has made them a “mainstay in the Midwest Americana scene.”

They released a full LP in 2015 titled “Midwest Heart/Southern Blues” and with music that is described as a “gritty, upbeat collection of songs, full of characters who were developed while staring over the dash of a beat up Ford van cruising through towns in the South and Midwest, whose better days are behind them.”

After Nick Dittmeier and the Sawdusters leave the stage, Whiskey Shivers will close out the night, and the 2017 Levitt AMP Middlesboro Series.

Whiskey Shivers is Levitt AMP Middlesboro alumni, having played for the series before to great success.

The band has truly made a name for itself with its infectious energy and fun-loving spirit.

The five-man band is known for their fun-loving and humorous presentation. They infuse punk rock sensibilities with traditional bluegrass music.

Their light-hearted image isn’t the only thing that has set the band apart however, as the lyrics and themes of their music have garnered widespread critical acclaim and a large fan base.

The Washington Post claimed “Whiskey Shivers are bluegrass-fueled Americana for a generation that grew up listening to punk rock. This group of 20-somethings plays banjos, fiddles and washboards at breakneck speeds while singing high, lonesome harmonies about love and video games.”

The process of getting Middlesboro on the slate for next year’s Levitt AMP Your City Music Series is well underway. If the grant is awarded to the city again, it will be the fourth year in a row, making it a fantastic boon for the expansion of Middlesboro as a go-to destination for travelers and tourists.

For more information on Nick Dittmeier and the Sawdusters visit http://nickdittmeier.com/about/.

Considering all the attention in recent months to describing and decrying “fake news” in almost all media, it seems appropriate... read more