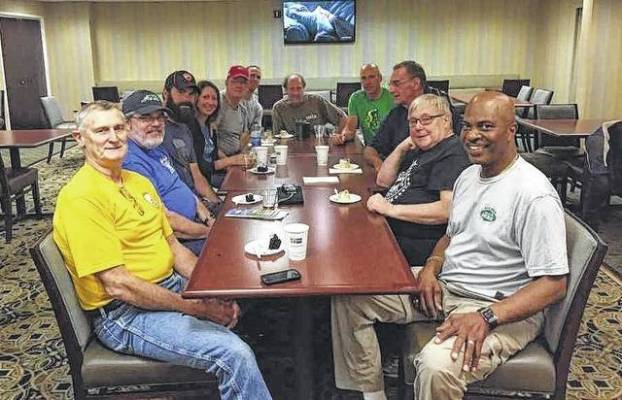 The city of Middlesboro was overflowing with fun-loving motorcycle advocates throughout the weekend as the Motorcycle Sport Touring Association (MSTA) chose the area for its third annual Just For Fun Event.

The Just For Fun Event, also known as Rick’s Ride, began in 2015 and quickly became a beloved summer affair for motorcyclists all across the region. Each year, people come from as far away as Florida and Alabama to participate in the event which has chosen Middlesboro as its home.

According to Patrick Mogavero, the Kentucky State Director for MSTA, the city was chosen for several reasons, including its close proximity to various routes, its usual moderate weather during the month of September and the fact that it serves as a central location for many MSTA members residing in the eastern part of the country.

“The city really has everything going for it, especially for anyone looking for nearby trails and motorcycle routes. It was the perfect location for this event,” said Mogavero.

When they weren’t busy searching for new routes to explore, the group stayed at the Holiday Inn Express, which was happy to accommodate a special rate for participants.

Each morning, they split into small groups and traveled through any close-by route of their choosing. The location made it possible for them to explore some of the best trails throughout Kentucky, Tennessee and Virginia. Then, after a long day of riding, they would meet back at the hotel to enjoy dinner and a night of socializing amongst people who share the same love of riding.

The MSTA is a branch of the American Motorcycle Association (AMA) founded in 1982 with one major goal in mind: to bring riders who enjoy sport touring together. The club fulfills this goal by hosting several events each year, including the Just For Fun Event, which provide motorists with an opportunity to explore new and exciting trails with people who enjoy the sport as much as they do.

While the Just For Fun Event is free and open to both members and nonmembers alike, the association also hosts several events — both regional and national — throughout the year in which a membership is required. Mogavero encourages anyone with a strong love for the activity to pick up one of the membership applications that they left at the Holiday Inn Express, or simply visit their website and click on the membership page. Although a small fee is required, many of the club’s current 1,200 members claim it’s well worth the price.

However, Mogavero regards becoming a member as a personal choice and his main focus is the growth of motorcycle sport touring as a whole, rather than simply the MSTA. He believes clubs like his own must put aside their desire for personal gain and work together in order to help the activity grow.

“As a club we should be primarily concerned with doing what we can to bring together riders and promote motorcycle Sport Touring, and not so much on what we can do to grow the club as a standalone entity,” said Mogavero.

Spirit of ‘76 event held at WRSP

Not all historic heroes fought on the battlefield with swords and armor — instead, many preferred to use the power... read more