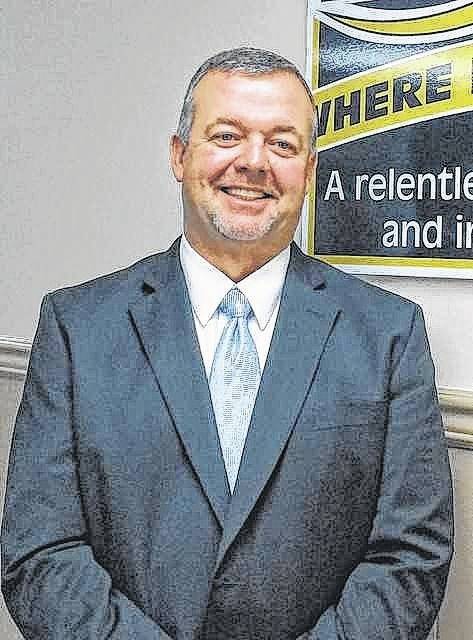 Superintendent Steve Martin’s resignation will become effective at the end of the month.

“I want to say, first of all, that I have been extremely fortunate to serve the students of Middlesboro all of these years. I would like to thank the previous board for giving me the opportunity to serve as superintendent, as well as the current board for extending my contract this year,” Martin said after revealing his resignation. “There are no skeletons here. There’s nothing going on within the district causing my retirement; my decision is simply personal. I truly feel lucky to have been able to be superintendent for such a wonderful district.”

There’s no denying that Martin has done an exceptional job at turning things around for the better within the district. When he was first given the position the district was in an exceptionally tough financial situation, however, that has certainly changed in the past four years as Middlesboro Independent Schools are now considered by many to be in the best financial condition in the area.

The district has accomplished many goals, both small and large, with Martin as its leader. In 2013, the district ranked 152nd in energy use out of 173 other districts in the state, while their current ranking is 19th, placing hundreds of thousands of dollars back into the schools. Also in 2013,, the TELL survey revealed that the schools has a 60 percent approval rating among students, while the 2017 results place the approval rating at an impressive 90 percent.

“It has been a great pleasure to work with Mr. Martin. I’ve seen our district progress with his leadership throughout the past few years. I believe, speaking for the board and myself, we can all say it has been a privilege working with him,” said board member Bill Johnson.

The meeting proceeded into executive session where the board discussed amongst themselves who would be named interim superintendent after Martin’s resignation becomes official. After only a few minutes of discussion, they all agreed the position would go to Director of Pupil Personnel, Waylon Allen.

“I am very honored to be selected to lead the district during this transition period. I hope to validate the confidence the board has placed in me as I serve the teachers, staff, and students of the Middlesboro Independent Schools,” said Allen.

Allen’s new position will become effective on Oct. 1 and he will remain in effect until a permanent choice for superintendent is made. Those qualified for the position may pick up an application at any time and have them turned in to the board by the end of October. The board will be choosing someone to fill this role themselves, without help from outside parties, which will ultimately save the schools around $15,000.

“We’ve done things like this before and feel like, with what we have on file from previous selections, we should be able to handle this ourselves,” said Johnson.

While Martin’s resignation will become official at the end of the month, he made no hesitation to let everyone know that — although he will no longer be working within the district — Middlesboro Independent Schools will always remain a part of him.

“My entire life I’ve been a proud Middlesboro Yellow Jacket, and I always will be. I’m grateful for all of the experiences I’ve had here as well as all of the people I’ve met.”

There’s a church in the wildwood

Come Oct. 1, the public will be given the opportunity to soak up a significant piece of local history, as... read more