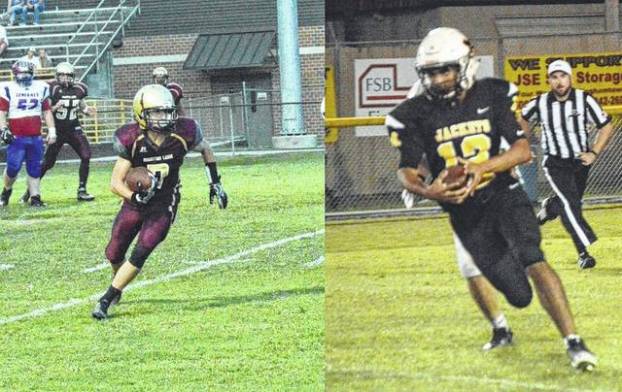 Middlesboro and Pineville are set to clash for the fourth straight year on Friday. The Yellow Jackets hold a 3-1 series lead since the rivalry was renewed in 2013. Last year, the Mountain Lions fell to Middlesboro 23-16.

Last year’s match-up between Pineville and Middlesboro came down to the wire. A game filled with penalties and tension ended on a 2-yard touchdown plunge that allowed the Yellow Jackets to walk away with a 23-16 victory.

Friday’s game between the two teams has all the makings to be equally as competitive when Pineville makes the trip up U.S. 25E at 7:30 p.m. to play at Bradner Stadium. Both teams are coming off wins with the Mountain Lions handing Berea a 42-6 loss last week and Middlesboro holding on to a 14-12 victory over Harlan.

Since the rivalry was renewed in 2013, Middlesboro holds a 3-1 series lead. After two routs in 2013 and 2014, Pineville picked up a 40-31 victory inside Bradner Stadium in 2015. The Jackets repaid the favor by picking up a win at Pineville last year.

When asked about Middlesboro stealing the game last year, Pineville coach Bart Elam said he didn’t know if Pineville should ever be favored to beat Middlesboro.

“I think that last year and even two years ago when we beat them, they were much more athletic and much faster than us. They’re going to be a handful,” said Elam. “They got speed all over the place, no matter what people say. They’re going to be fired up to play us. It’s a rivalry game.

“Before three or four years ago, the Pineville-Middlesboro game had gotten to where it wasn’t any fun for both sides because Middlesboro was beating up on us so bad. The last three or four years it’s became a rivalry again. It’s been a very competitive series. I’m happy for that. It’s a game of two teams that need another win.”

Middlesboro coach Zach Massengill said that he expects the game to be just as close as last year.

“We went down there last year, and it came down to the last second. It was a well fought game, and they were prepared and they will be again this year,” said Massengill. “Bart’s always got a pretty good game plan. They’re 2-2, so we’ve got our hands full.

“Where just trying to get all of our personnel lined out. We’ve got to clean up somethings offensively from last week. (Pineville) has a really nice running game and an entire backfield. We’ve got to prepare for a three-headed monster with the quarterback and both backs. We’re just trying to make sure we’re fundamentally sound and we’ve got our assignments taken care of.”

The Jackets, who saw the return of Alex Mason to the line up, are still dealing with some injury problems. There is no word on Anthony Jackson’s condition or other players that may be dealing with injuries.

With the success he has had behind center, there is no reason to believe Owen McWilliams will not line up at quarterback as long as Jackson is sidelined. Against Harlan, the senior back tallied 62 yards on 18 carries.

Corey Hairston had a coming out party at running back last week after running for 153 yards and two touchdowns on 12 carries. Isiah Williams and Michael Carroll were also featured heavily in the running game gaining 47 and 52 yards respectively.

Sebastian Wagoner was a force defensively for Middlesboro after tallying 15 tackles on the night against Harlan.

Matt Golden ran the ball eight times against Berea and finished with 105 yards.